This is day -1 of my new stack: NOVA Elite. It begins tomorrow.

No multi-stage programs for the first time in ever.

Time is no longer the issue.

Effort, Results, Action-taking, and Benchmarks are the watchwords.

Congratulations on finishing your previous epic orchestration of many and multi-stage clockwork trajectory sub use.

I wish you the absolute best on this new chapter and looking forward to the details.

Where’s there?
How will you know when you get there?

Yer have any links to the modules in them customs, Sir?

Looking forward to this journey!

Where’s there?
How will you know when you get there?

I have a few specific benchmarks, targets, and goals already in mind. But I’m also leaving a lot of room for evolution to occur.

I don’t want to talk things up too much before they happen, as I don’t have the strongest will in the world. Sometimes talking too much about my goals in advance seems to siphon off some of the energy that would have gone into making them happen. I’m still trying to learn how to work with this. I’m still not very good with it.

(I am quite an introverted person in some ways. When I see cheerleaders and cheering fans at a sporting event, my first thought is: ‘How do the players concentrate?!’. Took me years to realize: ‘That’s helping them to play!’ My brain doesn’t usually work like that.)

I’ll add in more details on here as I find my feet with the process and get comfortable and confident.

Congratulations on finishing your previous epic orchestration of many and multi-stage clockwork trajectory sub use.

I wish you the absolute best on this new chapter and looking forward to the details.

Man, I appreciate that immensely!

Thank you. Here’s to an amazing journey! May I be so abundant that I easily and effortlessly radiate to others.

Yer have any links to the modules in them customs 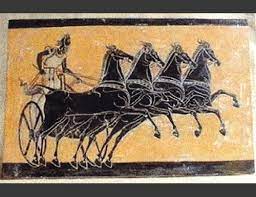 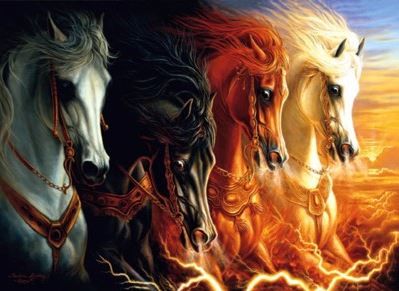 Damn that’s DENSE, isn’t it to run all these?

Then again, your mind is obviously used to more exposure than mind, but I still fear a custom is yet too powerful for me (I only started roughly 2 months ago).

But the Naissance would be my kind of thing!

What’s your listening schedule for that?

כתר המלכות!
I love the title of it, are you jewish by any chance?

yea i am also interested to hear about your listening patterns

Damn that’s DENSE, isn’t it to run all these?

On top of that, half of the modules in the Jet Stream Ultima are also included in the Paths Custom. It’s a booster Ultima with some enhancement.

For a bit more background:

I’ve been running a Qv1 Terminus version of PATHS custom since June 2020. The change is that it’s now been upgraded to Qv2.

I’ve already been running both Ultima programs since March 2021 or so.

The new addition is the Naissance custom. But, the three cores of Naissance are programs I’ve been running continuously since May-July 2020.

So compared to the past year, this arrangement might actually be considerably less dense. I’ve actually removed 2 Terminus2 programs and 1 Terminus program.

The main challenge I foresee will be the initial adjustment to Q v2.

But we’ll see. It’s a learning process and I don’t have all of the answers.

I’ve put in about a year of preparation to be ready for this stack. So, gods and ancestors be with me!

I love the title of it, are you jewish by any chance?

yea i am also interested to hear about your listening patterns

No, my friend, but I do very much admire your ability to type in Hebrew. (Some day, I hope.)

I’m just a beginning student of Qabalah. And the meanings of the 10 sefirot are important to me.

I’m of sub-saharan African and Jamaican ancestry. And am from the US.

Qabalah is a very popular and profound topic around jews here in israel. mostly to orthodocs jews tho

If you need any assiting with hebrew translation in the kabalah feel free to pm me.

My dad used to listen a lot to rabis who talk about kabalah, some say it is the holy grail of awakening.
i don’t have time for learning it atm, but maybe one day haha.

If you need any assisting with hebrew translation in the kabalah feel free to pm me.

And may you be safe and thrive!

And he’s not even running the ARES module !

This is what I was thinking

(honestly I can’t get enough of listening to this guy)

I’m actually old enough that I remember this storyline from the comic books and not from the later cartoon. Never saw this. But I definitely bought those comic books.

Something upsetting happened today. And I was sitting there feeling hurt by it. Then I thought, ‘hmm…wait a minute. I just ran my first Qv2 loops.’ And it occurred to me that it might have hit deeper because of that.

Originally, my plan was to play 2 loops of each program. But I took that as ‘a sign’. And I’m taking it slowly.

This was my first ever loop of Naissance. Really glad it’s here. Wow.

At some point today or at bedtime, I’ll play 1-2 loops of Paragon Complete. And that may be it for today.

EDIT: Played 1 loop of Paragon Complete as I took my 6-mile hike.

It was a good day.

After that, Naissance started playing again automatically. It felt very smooth and comfortable. I almost let it play, but then decided to take a short break first.

I think I’ll go for 2 loops today and see what happens to my mental state. My target is 2-3 loops per day of my customs (not including meditation).

So, this will be a little experiment to see how 2 loops affect me today.

About to start the 2nd round now.

It’s not my imagination. There is indeed a light, airy, pleasantly stimulating feel to these two Qv2 customs.

Is this the up before the down?

For now, I’ll stick with 2 daytime loops each. And see what the old mind-field does with that.

Let your subliminals paint themselves on the canvas of your Actions.

Concentrate on getting Reality to endorse your efforts.

The scientist’s method informs her conclusions;

The priest’s conclusions guide his methods.