A custom with both Khan St4 and Alchemist st4

I just wasn’t that interested in her sexually, because I was sooo into her a few months ago. She is a really fun, cool person, attractive but I felt a needed more umph from a woman I am with now, whether ONS or more. More power, more alpha female, more show stopper and/or super feminine and trusting.

Your standards have gone up. I’ve noticed this too. I can intellectually register that she is hot, but I just don’t feel it because she might be saying things that turn me off or she’s just not saying anything interesting to me.

My results are probably cumulative of a number of changes i have made. In the last month i have cut down my intake of meat by 90% and now eat mainly salads and vegetables. Fizzy drinks have been replaced by plain water, i havent managed to reduce my coffee intake yet as its still at 2 a day.

The last 10 days I have been listening to Wanted

When i went to visit my massage therapist yesterday she commented that the skin on my back looked much healthier. The red blemishes had vanished and were replaced by pink skin.

One of the girls I hung out with today told me how my skin is glowing so much and looks better than hers. She even asked me what’s my skincare routine. I guess both my actual skincare routine and WANTED (because I never got complimented on it before) is working.

What is the deal with Solace prototype?

Why has that been provided?

Its a new mask designed to prevent ear fatigue.its still in protype at the moment but will be the standard mask in the future.some people like it more and some people prefer the old one.best to try and see which you prefer

With Q+ and Ultima+, not only are we going to revolutionize how powerful and fast acting our titles work, we’re going to change your actual listening experience. We know that the current “tricking water” mask isn’t the most pleasant to listen to. Since the audio is so “dense,” it can cause ear fatigue – that odd, unpleasant, somewhat physical, somewhat mental sensation that occurs when you’ve been listening to something for too long.

I have been experimenting with running loops nearly 24/7 as much as possible during the week and today and Sunday are my rest days.

My poor brain. Am I reading this right

Please reduce your loops. Please try 1 loop a day for 5 days a week.

Please reduce your loops. Please try 1 loop a day for 5 days a week.

Normally I’d agree with this but if he’s getting great results and has no issues, shouldn’t he keep experimenting?

that is a marvel,
you may be one of the rare ‘loop lords’ who can get away with that positively.
Hopefully it’s not all processing and will cause intense recon later on.
Time shall tell and power to you for finding what works for you in the spirit of courageous exploration.

Notice that even SaintSovereign liked his post. So if this guy can do this many loops, he’s lucky!

I didn’t notice that! A rare commodity indeed.

Have you run 24/7 loops with success with other subs in the past, or do you think there is something about WANTED that facilitates the do-ability of this for you?

I have noticed a definite shift with WANTED.
Historically I’m the one always wanting sex. And she is rarely in the mood. Like every other week maybe.

She says I “ask for it” too much. I’m always exhibiting my horniness. So what? lol

She says “I have to want it, too. Maybe I’d want it more often if you didn’t always want it.”

It basically becomes a situation where she ends up wanting it when I’m balls deep in a project. And this attitude of “The window is closing fast.”

Naturally I drop what I’m doing because o telling when she’ll be in the mood next.

I’ve only recently realized this seems like a power struggle or tests or something.

I started recently watching the videos on YT by Victoria of the MyNonLeathetLife channel.

One of her vids is about the “5 horrible attitudes women sense in men but won’t admit to them “. Red flag stuff basically. I realized I’ve fallen into those just by working within the framework of my lady’s behaviors.

Between Wanted and the the videos, I’m acting different now. In true NLP fashion, I’m becoming more behaviorally flexivle than her. I don’t like that it’s a power dynamic, but I’m now accepting that it is.

If it indeed is a power dynamic, and i can’t control or change that fact, i may as well embrace reality and take control of that power dynamic.

As for result: she woke me up the following morning wanting a quickie. The usual pattern of her acting like she can take it or leave it.

I said “maybe later. I gotta work on the car some more right now.”

She was surprised. Taken aback. “Cmon it won’t take long”

I indifferently said “I’ll see how i feel after working on the car. I then paused and said “it also depends on if u behave or not”

Later that night, sex and a blow. Which that is a rarity too. Or should I say “was” l. The old me is dead. I admire him for having the “strength” of putting up with this behavior for over 26 years.

Another change is I no longer hide the fact I’m checking out other women. Especially Amber Lancaster. Before, from a place of horrible self-esteem I’d be like “she’s aight I guess. But she isn’t you “.

I also long suffered from the mistaken idea that she’s only one who would have me.

Listening to Wanted along with stuff like DR1 has me remembering times when women have said stuff to me that I was oblivious to at the time. So maybe me realizing this is gradually increasing my “value” in her eyes. Even though I’ve never once told her about the ones who expressed interest.

@SaintSovereign and @Fire you can use this as a testimonial. Granted you might want to clean it up for public consumption lol

Edit: I don’t “ask” for sex. That’s something I realize is how she frames it. Not me 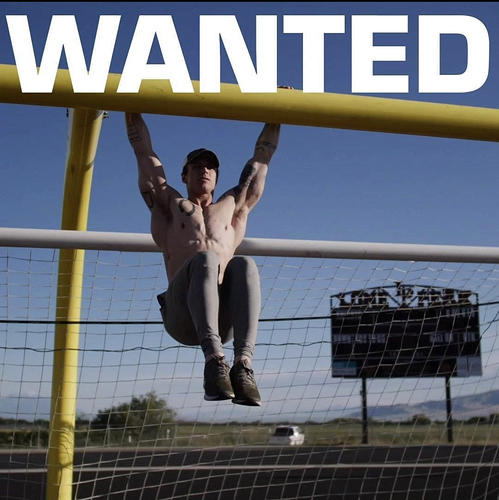 Just saw this on insta. In caps too.

I’m willing to try that just to compare with my results with a loop heavy method…do you think its dangerous to do as many loops as possible? Intuitively I feel like that would work best for me…but I will try your way for a week as well

No this is actually my first subliminal club product so I have nothing else to compare it with…I have a lot of experience in things like Silva Method and A Bug Free Mind so I’m strongly connected to my subconscious…I believe that may factor in.

Normally I’d agree with this but if he’s getting great results and has no issues, shouldn’t he keep experimenting?

Yes, he can experiment. @RVconsultant is doing the right thing by recommending that, however, as we don’t want complete newbies to attempt the same thing. Unless you’ve very much experienced with subliminal use, DO NOT TRY THIS.