Thanks for the input.

Still curious what would be the best listening pattern then

You would just listen to them on alternate days

This idea of creating habits that support our desired results for our subliminal stack is so CRUCIAL.

I know Saint and Fire have alluded to it in the past by saying things like “creating pathways for manifestation” or “taking action,” but I think more focus should be given to how we can and should build these habits to support a sense of permanency in our subliminals.

For example, a person running Mogul randomly feels more driven to put an extra hour into their business here or there during the week, that is the subliminal doing it’s job. However, if this person were to make a habit of waking up an hour earlier every day for a month with the intent to do focused work without distractions, the subliminal would support this behavior and reinforce it with its own mechanisms, thereby creating a habit that is intertwined with the operation of the subliminal in our subconscious/unconscious mind.

If we can, as a community and with the help of Saint & Fire, create some type of protocol for building habits with the help of subliminals (using the preexisting science of habit building detailed in books like Atomic Habits or podcasts like Huberman Labs), then I think we can level up our progress, similar to how ZP level’d up Qv2.

Permenancy needs a lifestyle change to continue reaping the results of the sub .

Lifestyle Design Lifestyle Design - Intentionally approaching the elements and ingredients that you wish to include in your evolving daily life This is a really important site for attention, for thinking, for (obviously) action-taking. Being able to just relax with this and allowing it to be a work-in-progress. All of that is an important link (sometimes a missing link) in how we approach working with subliminals. Think of it with possibility, patience, creativity, and interest. Not “fixin…

I digress but my viewpoint on permanency is that some things can be made permanent by a combination of subliminals and habit.

For example, let us say one uses WANTED to be nonchalant and get good looks. And along with that, the guy goes out, finds out he is nonchalant and puts himself in situations where he can perform the action of nonchalance several times and hence makes a habit out of it. Which in turn makes it permanent as long as he practices this habit even if he has stopped listening to WANTED.

Run a single sub for 6 months+ until it becomes TRULY your new reality. At that point you dont really need that sub anymore, because that is you now.
Unless you want to go deeper, want more, etc. Or every now and then to “refresh” the edges.

At least that’s how I plan it!

Intentionally approaching the elements and ingredients that you wish to include in your evolving daily life This is a really important site for attention,

[yelled up from inside of a pit of recon] 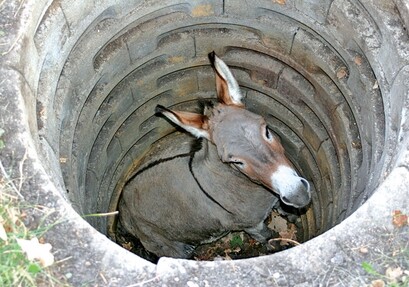 Just chilling down here first for a little while

Somebody here listening to the good stuff

I like that guy, I’ve watched one of his interview with Tom Bilyeu and it was super interesting!

Thank you @Brandon and @lion

friend, why does ZP feels slow in results? havent seen big things yet with me, im running ascension and paragon

The results are slow with Ascension because quite simply, you have more in the way.

The ZP tech is pushing outwards but there are things in the way, so it takes longer and if you want it to happen faster then you need an openness, readiness and willingness to let go of fears and false beliefs preventing you from embodying Ascension.

The more afraid you are of that, the longer and more gradual it’s going to take,

ZP is not slow, it has to do with your subconscious mind lol

Not at all, forgive me if my replies came off as condescending/rude or anything like that. All I was trying to do was stress the fact that we can’t really know, but you’ve made it clear in your reply that you’re aware of the subjective nature of the answers you’re looking for.

By the way, I have a dream…

Ten years ago I was in a place called a community. Now this is not the hippie concept of a commune (nothing against it though) it’s a detox healing place for people with addictions.
And it’s not like the Betty Ford concept of some luxury hotel clinic it’s more of a place where people come from jail to shorten their sentence they agree to do the whole healing and stay there for 1 and a half year, I personally didn’t come from jail but I wanted to choose life like the movie says. (It’s really hard stuff, most people from jail beg to get back to jail coz at least there they have some freedom sic. Lol)

The idea is that you can live most of your emotions by being constantly surrounded by people and most of those people you won’t stand which is good coz it puts your addict ego under pressure, loads of discussions and groups. Basic rules… No physical violence, no sex (so I guess most programs may not fit

What I am imagining is having programs such as regen and Dragon Reborn being ran at that place by the participants… And this accompanied by the main idea that it’s a cocoon, you won’t get fired, you won’t get blamed for having a rough time, you will though pay for the consequences of your acts in a responsible cognitive task or something.

I would sign in right away… 1 year of subclub center.

No problem my friend. You did try to help. Which is already significant
Just know I totally agree with what you’re saying and If you reread my question you will see it was implied.

So thanks to you too.

I wish it was in all subs. If it isn’t somewhat already

What make you feel Rebirth should be mandatory?

from what i remember as an easter egg when zp thread first took off was that the goal for zp is to run a stack for 45 days and just MOVE ON, any more is even further growth but 45 days was powerful enough to contain enough permanency

i cannot find this post but i remember it clearly

What make you feel Rebirth should be mandatory?

Rebirth, for me, made the transition of subs through my last cycle so much easier.

It eased the healing pain I had from CFW - I hated Regen in CFW so much but after using Rebirth with it I felt so much better.

Seems to allow you to pick up results from subs more too - as if it makes you more sensitive to them.

I see. Thank you for elaborating.