What Is The Best Sub To Seduce Women On The Dancefloor?

nightclubs are finally reopening in my city so starting this week i will be going out 4-5 times a week to hopefully find new sex partners in the clubs.

I prefer meeting women on the dancefloor as that means there is no talking and we can get physical right away.

my style of dancefloor game was heavily by this 10 part article series on girlschase: Dance Floor Game Tips #10: Closing on the Dance Floor | Girls Chase

which subliminal do you guys think would help me seduce women on the dancefloor?

I believe the subliminal you’re looking for is Dance Mastery X.

Initially kept locked in a top secret vault by Saint and Fire. It was the exact program they used to win the Dance Dance Revolution world championship three years in a row. The program is now available to the public and ready to take your dance moves to unforseen levels.

Alright I’m done trolling. The program that you are looking for is most likely WANTED or one of the seduction ones. I’ve never used any of them but many of the guys here have. Hopefully they will chime in. The WANTED product thread under news and updates is a good place to find reviews.

Wanted or Daredevil will not be my choice for this strategy.

I would use “Primal Seduction + Diamond Ultima.”.

Libertine can also have a place here, so … PSITU may be an even better choice, but I don’t have personal experience with it.

Daredevil as a supplement.

Love Bomb for drawing 'em in.

You have a specific type of woman in mind? Heartsong.

You wanna meet her a specific way?

I think HS is your answer, bruh.

I should just edit these…

(it was ‘flagship’ that pushed it over the top)

I think this could work

(it was ‘flagship’ that pushed it over the top)

Haha, I wanted to write more but I was out with my family. My wife was sitting next to me and asked me why I was giggling like a little kid.

This whole thing started with me reading her the initial post. Even she was like that guy sounds like he’s a troll. Turns out she was right. I’m glad I got to give everyone a good laugh.

IMO hands down for just dance floor game
would be

They all have intense visceral attraction elements which require less verbal game than Primal or PS IMO.

Dance is about expressing yourself so I would say Renaissance Man + Primal Seduction IT Ultima!

You have a specific type of woman in mind? Heartsong.

i like all types of women from college girls to Milfs; i do not really have a type.

i do not want to spend a lot so can you recommend just 1?

They all have intense visceral attraction elements which require less verbal game than Primal or PS IMO.

if you could pick just 1, which would you reccomend?

and keep in mind im going out this weekend so need something that can show effect by then.

i do not want to spend a lot so can you recommend just 1?

if you could pick just 1, which would you reccomend?

If you’re looking for fast results to convince you, I have nothing for you.

The reason I say this is that sort of expectation actually curbs your results.

However, if you’re looking for a title to boost exactly what you’re doing now…

I’m in a relationship so I can’t speak to novel sexual partners, but just passively listening to that had old flames reaching out to me be, and I quote (forgive me for my language @RVconsultant-Senpai), “Your side woman”.

I couldn’t make this up, brother.

[Moderator Edit: you know what I did… language]

If you’re looking for fast results to convince you, I have nothing for you.

The reason I say this is that sort of expectation actually curbs your results.

I don’t think anything will convince him. He clearly just came here to troll on the forum and get people riled up. The sad part is that it is working. In his response to me, he says why would he be trolling, then admits to being a troll in the next sentence.

how exactly am i trolling?

im trolling because im pointing out that almost no one on this forum seems to be getting laid like a rockstar even though the seduction products basically promise this as a result?

That kind of argument can be made for any subliminal on this forum. Why isn’t everyone listening to business subliminals a millionaire? Why aren’t all the people listening to Emperor Fitness ripped? We could go all day asking questions like that. It comes down to the individual and how much action they are actually taking. A person, like the OP here, could listen to every seduction subliminal available on the site, but if he never leaves his mother’s basement and goes out and talks to a woman, he will NEVER get laid.

I usually avoid petty quarrels like this, but in this case, I decided to make an exception.

Paging: @RVconsultant and @DarkPhilosopher could one of you kind gentlemen please handle this situation. Thank you.

Look into this too. Skills was a friend of mine back in the pua forum days. If you encounter him tell him Sarge says hi. 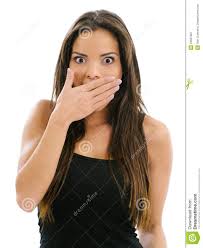 Currently  there are 3 super direct sexual methods that are popular in the seduction community: Mode One (by Allen Roger Curie), Stelar Method (by Stelar from Sleazy forum who is … Continue Reading →

read my review on psitu

Holy shit, i have huge review on PSITU, it is damn amazing!

I went out to a dance club this thursday with 2 friends, and used psitu v2 in tuesday & wensday once a day and an hour before going out the club. It was magic, i saw an opportunity and instantly seized it without fear, danced around with her and pin her to the wall. she screamed “KISS ME KISS ME” but i delayed it (wanted maybe play a part? ) cos she was not so much my taste. i said lets go to the bathroom ,she held my h…

how exactly am i trolling?

im trolling because im pointing out that almost no one on this forum seems to be getting laid like a rockstar even though the seduction products basically promise this as a result?

thats why im a troll?

for pointing out a fact?

Well, let’s see. You post in multiple seduction-related threads that subs apparently have no results and pretty much demand people to tell you otherwise. And you keep doing that again and again. It’s like an obese man going onto the Emperor Fitness thread telling people he expects to have a six-pack in 3 days and being upset when he can’t find anybody having done that. It’s starting to bug even me, and people here can testify that isn’t easy.

The subs can open doors for you, but they don’t forcibly reprogram the women around you to suddenly be interested in you. Libertine usually leads to lots of looks and smiles because it gives you that exciting and naughty radiance which women like because they feel they’re doing something wrong but it feels so right, Primal Seduction makes you bolder and more willing to put yourself out there and approach which also generates interest and increases your success rate, Wanted is for inner game, making you the most interesting man in the world and depending on how “modern” the woman is and the culture that she’s in, she may approach you just to find out more.

But all these subs will likely have some work to do on you first. Not only do you seem to be a bit sexually frustrated but I also think you are nowhere near that sexual six-pack yet. You don’t necessarily need it for results, but you do need it for the crazy results.

Furthermore, after Saint pointed out you didn’t buy a single seduction sub yet you mentioned you wanted one to convince you that subs work. Bad albeit somewhat understandable place to come from, we’ve all been there I think.

You also mentioned you wanted to start listening to a sub (which you probably haven’t bought yet) and get results in 3 days. The only one likely to do that is Libertine (and maybe Love Bomb) and those are unlikely to have women tear your clothes off all by themselves. You’d need the right set of circumstances or the kind of woman that you really shouldn’t go for. Which is also the kind of woman most of our subs will generally try to filter out to protect you.

Please stop telling everybody to tell you how they are getting laid everywhere, since the people that are, are probably too busy getting laid to reply anyway. Not to mention, a gentleman doesn’t kiss and tell. I’ve never posted about the women I’ve had sex with since starting subs anyway.

And in the meantime, maybe read AMASH’s journals. Search for “honest review”. He did lots and lots of approaches, was a firm believer in subs but even he admitted that even with subs it is still a numbers game, even if the subs increased the odds in his favor.

Do we have members who do get the crazy results the next day? Sure, but they came from a place of either belief or at least neutral and open-minded. You are already in a place of skepticism.

Fortunately the real 007 doesn’t need subs. He’s got “it” all by himself.

Lol,already tried.he stopped replying after i posted so not sure if he read