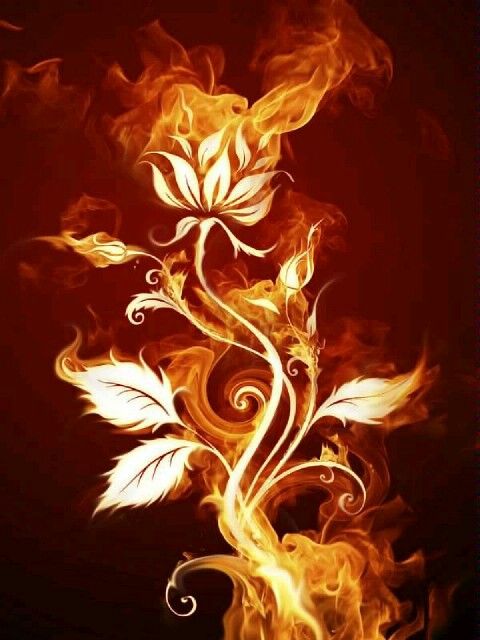 I decided to run two loops of Alchemist, two loops of Stark, two loops of Renaissance Man per night and one loop of RebirthU per day. I interlace each track (apart from Rebirth) with a 15 minutes silence track and use a one hour silence track in the middle of my playlist. I’ll be running my stack three days on and one day off.

I can tell Stark kicked in right of the bat since I see how much more socially influential I am today. I’m also much calmer and non-reactive what I attribute to Alchemist (stage 2). I’m really excited about this journey and I think it may last even one year since I want to work with the Alchemist more thoroughly and I want to see where Stark can lead me and how much juice I can squeeze out of both subs.

After four weeks I changed my stack:

I run two loops of Alchemist and two loops of Emperor per night, one hour of silence between both tracks and two hours between the two queues.
I run one loop of Rebirth Ultima per day.

Stark offers some of those things yet I consider Emperor to be more basic than Stark. I think of my alpha foundation as solid since I’ve run alpha programs for some years yet I think Emperor could take me to the next level in that matter.

I like Stark for its vibe, how it makes me feel and how it affects my social interactions but there are higher priorities I mentioned above. Besides, I believe that after laying foundations with Emperor it would be much easier for me to execute the script of Stark since I think there are still those limitations I mentioned above that hold me back. I think it’s going to be a great combo (Emperor + Alchemist). We’re going to see since that’s a test for now.

I’m giving up on Renaissance Man too since I want to be more focused on what Emperor and Alchemist offer.

The three most detrimental beliefs I want to get rid of are:

12 Likes
Alchemy of Renaissance - Alchemist Stage 1 + Dragon Reborn Stage 4 + Renaissance Man + Dragon Reborn Ultima (FINISHED)
Do these subliminals inevitably affect the chakras and their energy too?
Any Single 40+ Guys Getting Results With Sex-Focused Subs?
What about running Regeneration and EmpQ as a stack?
Rise to Stardom
RVconsultant March 27, 2021, 5:47pm #2

I listened to Alchemist pre-Q. Stage 1 was noticeable. Anything I would consider “bad luck” more or less just disappeared within 2 weeks.

I’ve added Renaissance Man back to my stack and I’ll be playing it in the afternoon only. One loop.

Before I got recon listening to two loops of it and I think that’s because Qv2 is so strong. I’ve been 15 minutes into RM and I feel that warm bliss in my chest… I have to calibrate how to use that sub and later on my other subs in Qv2.

Are you listening to RM, Stark and Alchemist now?

Are you listening to RM, Stark and Alchemist now?

Yes, that’s right. I don’t want to give up on that amazing sub (RM) without testing it thoroughly. I still hope it could unlock my right hemisphere potential that was suppressed when I was a baby. I was left-handed I was forced into being right-handed and one of the results is my handwriting and artistic skills (painting, drawing etc.) and dexterity suck. My father used to tell me I had two left hands lol On top of that, it makes you really expressive and lets you enjoy your life much better.

If I couldn’t listen to it one loop per day I will try one loop every other day. If not one per three days. If it was still too much, I think I’ll give up on the sub.

If I couldn’t listen to it one loop per day I will try one loop every other day. If not one per three days. If it was still too much, I think I’ll give up on the sub.

I hope that you can get it right. Perhaps DRU can assist the healing if needed.

I´m gonna replace DR in a couple of weeks and move in to the exact combination that you´re on now.
Should I start with Stark or RM?

I hope that you can get it right. Perhaps DRU can assist the healing if needed.

I’m running RebirthU and I’m really satisfied since it makes me feel being Stark is my second nature… and maybe it is.

I´m gonna replace DR in a couple of weeks and move in to the exact combination that you´re on now.
Should I start with Stark or RM?

I would start with Stark since it makes you more stable emotionally than RM and one you’re settled into both (the Alchemist and Stark) you can add RM and try to gauge how much exposure works for you best. my recommendation is based on the fact I got emotional recon on RM listening to two loops a day for six days only.

I would start with Stark

I was hoping you´d say that as that´s my plan. It seems to build a lot of foundations.

I will probably do the switch a week into Alchemist st2, and keep DRU for 2-3 loops a week.

I’m getting vivid dreams on RebirthU, dreams that are reframing who I was in the past and who I am now. It’s a really cool sub. I don’t post the dreams in my journal since I don’t think it’s something worth mentioning. I think I could replace RebirthU with Limit Destroyer only but only after running RebirthU for at least three months. Or I could consider running both subs in some time. Gonna see. Actually, LD could deal with Stark’s feminine vibe but till now I haven’t felt that Stark’s “component” affecting me. I am quite masculine, sometimes in a really playful way.

Stark’s feminine vibe but till now I haven’t felt that Stark’s “component” affecting me.

Perhaps DR has adressed all the underlying causes for this. Then it will not affect you this time around.

I don´t want to develop feminine traits, it will not serve me well in my proffesional life, nor my personal. If it happens I´ll have to put it in a custom with balancing modules.

Perhaps DR has adressed all the underlying causes for this. Then it will not affect you this time around.

RM has given me much more confidence and impetus. I spoke to my mom on the phone and the power ratio was 50;50 whilst usually she’s talking and I’m listening. On top of that. I’m stronger and more solid socially so it seems to me RM can be a great counterbalance to Stark’s “femininity”. You’re going to see doing your own experimentation.

You’re going to see doing your own experimentation.

Looking forward to it!

I don´t want to develop feminine traits, it will not serve me well in my proffesional life, nor my personal. If it happens I´ll have to put it in a custom with balancing modules.

I’m not sure I understand where people are getting that StarkQ is feminine. It embraces both feminine and masculine traits. Which is a good thing. You need yin and yang.

. Stark seems to be a sub that does what you direct it to do more so than other subs. I think it makes you more playful which could be taken as more feminine. Stark makes you more relaxed about who you are and lets you embrace it rather than run away from it.

Still gauging how much exposed to RM I should be. For not it seems to me that one loop a day is not too much and enough. Tomorrow I’ll be having my first day off.

Yesterday, I felt RM being processed intensively in the back of my head for around ten minutes… the feeling was quite overwhelming and something like that but much less intense happened to me when I ran lots of loop of DR St1 (16 if I’m not mistaken) for the first time. Powerful kitten. Now running it as the last sub before the one day break.

It seems to me that one loop of RM a day is my sweet spot.

I went to the market to do the shopping today and I got small discounts twice. Maybe it’s Stark at work but one of the sellers was impressed with my vibe and I got a discount.

RM helps me manifest the violent part of me. My gf showed me some pictures of a sex sofa and I grabbed her hands up against the wall and I told her we didn’t need any sofa because I could fuck her in multiple ways. It’s like RM unlocks that violent part of me but I have it under control and I can use it in a playful way. Usually violent thoughts never occur in my head but on RM that’s pretty common… so far.

I’m a bit irascible which may indicate one loop of RM per day may be still a bit too much for me. I shall keep experimenting in two days.

Still I’m much less irascible than I was when I got recon on RM playing two loops a day.

I wonder if this is a type of reconciliation.

I wonder if this is a type of reconciliation.

It may be since when I read the description of RM I knew that sub was written especially for me.

I’ve had always problems with self-expression and I used to suppress my feelings. For many years I felt as if I had no feelings whatsoever. Actually, since I remember till five years ago. That’s why I think I can run only one loop every other day to not get recon whilst I could run 18 loops of DR with ease. Some users play at least two loops of RM a day and they’re totally fine. When I ran one loop yesterday, two hours had passed and I felt a bit overwhelmed and as if that emotionally mutilated boy I was wanted to express himself in some crazy and violent way. Recon was much more severe when I was running two loops per day, now, on one loop it’s manageable but a bit unpleasant. I’m going to try keep running one loop for another three days but if I got that recon I’ll probably cut it down to one loop every other day.

Also DR is Q whereas RM is Qv2.

Also DR is Q whereas RM is Qv2.

Yup, that’s why I’ll have to be really careful while upgrading my stack to Qv2. Anyways, Hermit said that one loop of RM per three days was enough for him so one loop every other day makes even more sense to me. We shall see.