Informative Thread For Discussing, Elaborating and Expanding on Topics Related to the Unconscious Mind

To keep this related to the progress and evolution of subliminal development we’ll not be discussing anything off-topic, please discuss anything not in relation to subliminal messaging elsewhere. Below you’ll see an interesting video on how an Illusionist, Mind-Magician subliminally programs an entire audience to get a the outcome he wanted.

Magic(k) is simply science which isn’t yet fully understood or which isn’t understood at the moment of observation. What happens is that the one observing isn’t aware of the mechanisms behind what is being demonstrated and thus is amazed by the magic being showcased.

Try this experiment yourself at home, and be amazed by your magick.

Magic is as simply as getting an instruction into the unconscious mind, the trick is to get the conscious mind out of the way.

That is the same technique the guy in the movie “Focus” used to make millions.

Very impressive and scary how much we are getting manipulated

Well, in that same theme, let’s go directly to my favorite mentalist performing some subliminal messaging on unsuspecting people…

Listen carefully to the clever use of words here. Richard Bandler would be proud.

Oh well, speaking about Derren Brown, are you unlucky, is your magick or subliminal use not doing you any favors? Or are you simply missing opportunities.

Our unconscious sees all, knows all, hears all, tastes all, nothing surpasses the unconscious. May it be that you’re wired to simply miss opportunities because of your own belief system? Here’s an interesting experiment:

This is actually how religion works

this guy reminds me of this older pick up artist that had some youtube content, forgot his name.
He’d do these tricks with women in conversation that seemed so overtly obvious, but they just subconsciously followed along like they dont care that their being manipulated. Much more hypnotic like than RSD.
If anyone finds it definitely post it up

It was Ross Jeffries, this ones kind of ridiculous but funny

Holy crap Ross Jeffries. That’s a throwback for me.

The last big thing before they “invented” inner game.

Here’s an interesting video from Bob Proctor explaining the unconscious and conscious mind in accordance with the body. This is the trinity, many times spoken of in religious stories. The father, the mother and the son, the masculine, the feminine and the self. It’s all the same thing you see.

Why do you think 95% of the population is right handed? We’ve been programmed to live in a masculine society so that we’re not so able to access the unconscious mind which is the feminine side of our hemisphere. The right-side of the body is connected with the left hemisphere of our brain, which is the masculine.

It is only the feminine hemisphere which has a connection to the collective unconscious and the collective unconscious has a connection to the divine. To God, which is simply the energy keeping all that is alive. God is just that, the living force keeping the entire structure living. God is all. We’re God, you’re God, I am God. We’re fractions of the same thing experiencing itself. 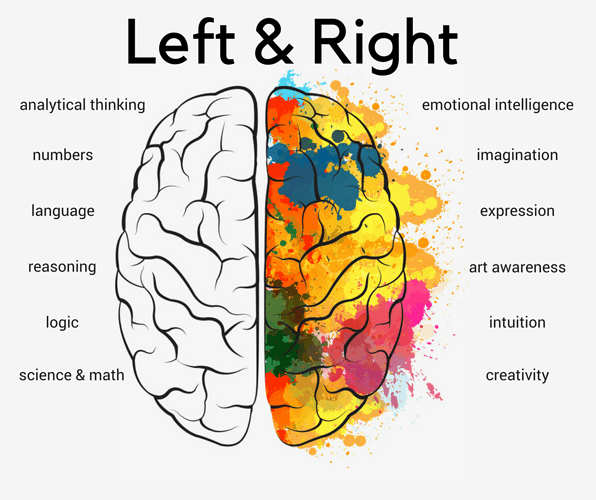 How to win 2 million dollars using the technique shown in the posts above. Influencing the unconscious mind in order to predict the outcome of a bet.

Maybe to add to it, while this a fiction movie the technique itself is not, it works in real life.

this sounds alot like remote viewing. which I would be very interested to see if anyone has used, the remote viewing sub content from subclub and utilized it. 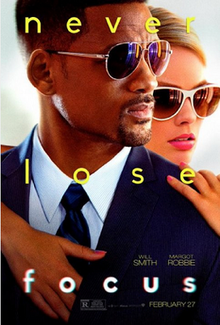 Focus is a 2015 American romantic crime comedy-drama film written and directed by Glenn Ficarra and John Requa, starring Will Smith and Margot Robbie. The film was released on February 27, 2015 and received mixed reviews from critics but was a success at the box office, grossing a total of $159 million off its $50 million budget. Seasoned con-man Nicky Spurgeon (Will Smith) goes to an upscale restaurant, where an inexperienced grifter, Jess Barrett (Margot Robbie), seduces him, and then preten...

I know this is off-topic but the acting of the guy who plays Li Yuan was impeccable. He carries this scene.

When he says ‘ah. now you make things interesting.’ and then there’s this split-second of menace, then he goes back to smiling again. Excellent. (and another type of ‘subliminal’ influence).

Also, remember guys, if you do learn this technique, don’t explain it to your partner in detail while in the backseat of an Uber. Just endure the few minutes until you’re back at your hotel room.

There are also some scenes available but not the one that got sent to me on Facebook. Look up on YouTube, Focus gambling scène.

his sounds alot like remote viewing. which I would be very interested to see if anyone has used, the remote viewing sub content from subclub and utilized it.

It’s actually very different from Remote Viewing, the technique used in this video is a sort of unconscious projection. Remote Viewing is way more difficult in my opinion and takes a lot of practice to get results with. I’m starting to get good at it with physical materials, because then I’m able to follow the energy trial. Viewing something in someones mind is extremely difficult, depending on your connection with the person and whether or not he is good is projecting.

Yet everything is hard before it gets easy

. Conscious mind vs Unconscious mind – remember the first time you had to drive a car, in the beginning it was very draining, it took a lot of focus and energy and after a time you’ll drive unconsciously and it begins to get easy.

Is it possible to win the money lottery with manifestation?

And if so, while do the “manifestation/ RC teachers” do not do so?

I just uploaded an audio file that talks about winning a lottery. It can be listened here: