. Quantum limitless is the title that made me decide to buy alot of subliminals here . Not emperor or Ascension or Mogul . Quantum limitless also encouraged me on buying my second multistage sub (alchemist) . And I will add QL to my coming customs . It’s awesome sub . Soon if possible I will write a detailed review on my one year journey with QL.

Soon if possible I will write a detailed review on my one year journey with QL.

Looking forward to it, bro!

Regeneration and this book must go together … Easing regeneration journey . Actually the other books of those writers are a highly valuable tools for self awareness . Don’t be tricked that they are written for writers . It will help all who are interested in personal development and advancement.

The Emotional Wound Thesaurus: A Writer’s Guide to Psychological Trauma 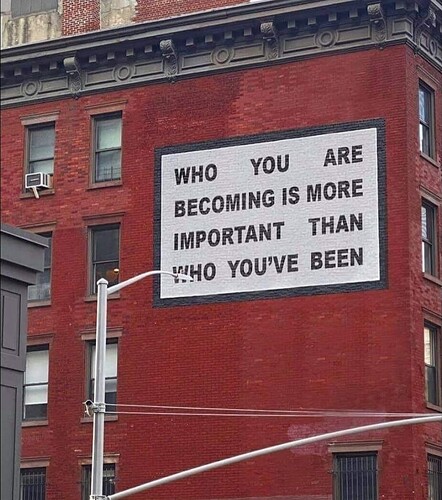 This quote is a reminder for me … as I did rich this night and I started crying for the first 30 minutes is the norm with rich . Happens regularly with rich … a lot of things to be released and it is. I am progressing toward the man I dreamt to be.

beautiful sid, thank you for sharing and sharing about your own personal experience.

General results (here I tell mostly the end results but the process differ greatly in " interest, attentiveness,learning, building my methods to achieve those goals" )

Yeah I am going to start QL

I wonder what they put on these subs

stage 2 specifically encouraged me to care for my body passionately .

I read that on another review of QL, how it helped someone design the best diet for him.

This also. It is funny in several QL reviews, it is said that QL was helping with intuition, well more than intuition but future prediction.

while using QL no fap was easy and I continued this for more than 8 months . QL helped In (being genuinely interested in learning the core things to stop one of them was once I wakeup I go and look at the sky.

It is like you become so intelligent that you understand yourself way better. like the sales page says:

Reality is not as it seems…

The moment where you will be able to see the cogs of the machine, the lines of reality that make up events, chance, situations, people.

Brilliant review, @sid. Very inspiring. Have always wondered what QL is like from a personal user’s perspective and this was very useful in that regard.

After reading this i am going to buy QL too

One fun or funny thing that seems to have changed permanently since I’ve run Quantum Limitless is that I see many more connections in language and language usage. I’m constantly seeing new meanings in terms that I might have seen for years. They just pop into my head and are usually fun or interesting.

. They just pop into my head and are usually fun or interesting

It happens with me but in different topics while working on the app for example.
And it happens usually while doing my rebirthing practice I find chunks of thoughts Filled with genuine perspectives regarding the topic I am busy with. I stop my practice and start recording the inspiration . you know @Malkuth it reminds me with the channelling state for people like Darryl Anka and ester Hicks Or people who experiencing flow state!! What’s your opinion ?!

you know @Malkuth it reminds me with the channelling state for people like Darryl Anka and ester Hicks Or people who experiencing flow state!! What’s your opinion ?!

There probably is some kind of common theme to these states.

And in the descriptive material for Quantum Limitless, Sub Club describes a Quantum Focus mode which also sounds similar to a kind of flow state.

By the way, rest in peace to Mihaly Csikszentmihalyi, the innovative theorist who introduced the concept of Flow States. He just passed on about 2 weeks ago.

rest in peace to Mihaly Csikszentmihalyi, the innovative theorist who introduced the concept of Flow States. He just passed on about 2 weeks ago.

Oh I didn’t know . This is saddened me . I read his book around 4 years ago it was very valuable tool to me . Rest in peace

it reminds me with the channelling state for people like Darryl Anka and ester Hicks Or people who experiencing flow state!!

I observed it happening in me in real-time today. And I agree with you. There’s a kind of alignment effect that happens. I was unable to find an image to convey what I mean. But it’s like a multi-sectioned tunnel where each section is moving independently. And then there are these movements in which every section is optimally aligned and synchronized, and then objects are able to pass easily through the tunnel.

I feel like that happens more with Quantum Limitless. The mind, the awareness, the environment come into alignment, and then ideas, observations, and insights are channeled or ‘downloaded’ into awareness, and it does occur in a flow-state.

By the way, rest in peace to Mihaly Csikszentmihalyi, the innovative theorist who introduced the concept of Flow States. He just passed on about 2 weeks ago.

My wife will be quite sad to hear this news, Flow is one of her favorite books… she reads it at least once per year.

Yes. We lost one other giant of that field in the past 2 weeks as well: Dr. Aaron T. Beck, creator of Cognitive Therapy and directly/indirectly responsible for alleviating or completely removing the depression of large numbers of people.

David Burns, whose Feeling Good Handbook is still one of the most popular and effective resources for making the journey out of depression, was an early student of Dr. Beck. His spiritual ‘children’ and ‘grandchildren’ are numerous and are out here in the world right now continuing to help people.

You know, something just hit me.

The sadness we feel when a person passes on is a direct sign that we have received part of that person’s vision and mission and are carrying it into the world. What an interesting thing.

It’s like the sadness itself is a sign and an expression of the transmission we have received from that person.

I’ve never quite thought of it like this before.

I don’t want to get a head of myself . But must be noted

rest in peace to Mihaly Csikszentmihalyi, the innovative theorist who introduced the concept of Flow States. He just passed on about 2 weeks ago.

Oh no! Rest in peace

The relaxation effect :
Regaining my visualisation abilities beautifully . I now able to do slides and visualisation easily without trying hard.