After a lot of confusion, my wife still decided to run Seductress Qv2, but she can’t and doesn’t want to write her view of it here, so I’ll give a review on it from MY perspective as her Husband. I am sure this is still valuable.

Setup:
The first 1-2 months, she only listened to it on Friday and Saturday night, one loop.
This is due to our 1 year old. When I work she needs to hear him over the babyphone.

However, he sleeps much better now, so currently she does one loop every other day at night.
She does NO journal, even though I told her multiple times it’s vital, but she always says “I don’t know what to write there?”

And, important note as well, her English is really only very basic conversational English, so I am not even sure she understands everything. However, she listened to the Elixir Supercharger once and said she understood everything the lady said. So I guess it’s fine.

Actions she takes is doing the hola-hoop ring as exercise almost daily, and, well, sex.

So, bad setup, right? But here are the results.

Please note that I put those “negative” things in quotes. They’re not really negative, but for some they might. I enjoy them.

Overall, fantastic sub! From my perspective.

She still says she notices NOTHING. Which is funny, but also tells me how important journalling truly is if you want to notice results YOURSELF.
For me, they are VERY profound.

So gents, build your own confidence and get your girl on Seductress

Very pleasant reading. Even so much, that I would like to run it by myself too

I think this is great.

Both the results themselves and the way you’ve described them.

Thank you so much for the review as I have started with seductress 3times today. I am new here and will definitely keep a journal to see how it is working out for me.

Welcome to SubClub and a great future ahead of you!

3 loops in one day? That is too much!

Keep it at one loop every other day! Especially in the beginning! (QV2 that is)

3 loops in one day? That is too much!

Keep it at one loop every other day! Especially in the beginning! (QV2 that is)

Ditto @Roze. and also, Welcome to the community!!!

@AlexSQ is very right. 1 loop is enough. It’s like the difference between eating a very thick and hearty slice of bread (heavy) 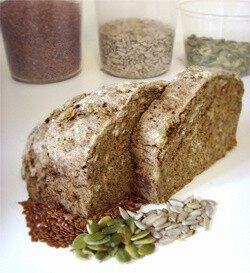 and eating a croissant (light) 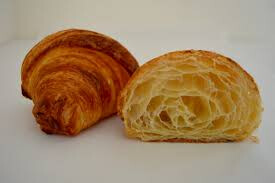 Or like the difference between a thick brownie and a light puff pastry. 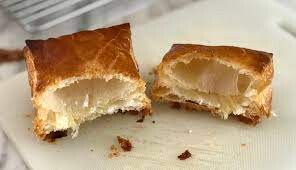 One brownie can fill you up as much as 10 of those pastries.

One loop of the subliminals (as they’re built now) can keep your brain “full” for quite a long time.

It may be a good idea to wait 3-5 days before playing it again. And to then resume with 1 loop and go every other day with 1 loop after that.

And you may likely find that within the next 3 to 5 days, you are already noticing interesting perceptions, thoughts, experiences, and so on. The subliminals keep working for a really long time after you play 1 loop.

It’s fun to get familiar with the sometimes subtle ways that subliminals express themselves. It’s different for different people, but my results always seem to sneak up on me. Things will seem to be progressing very naturally and then all of a sudden I’ll get the inevitable “…wait a minute…” moment, when I start to realize what is going on.

Thank you so much @AlexSQ and @Malkuth for welcoming me. I have only known about subliminals recently and most sub creators suggest looping to their subliminals overnight or maybe few times a day. The more the merrier. I sort of applied the same knowledge to this one too. Thank you so much for advising me to listen to just once every few days. I love your examples of food. More doesn’t mean good, certainly not with subliminal club’s subs. I got to give my subconscious time to integrate the subliminal rather than overloading it.

Honestly speaking, @Malkuth it’s thrilling to come across changes in a subtle ways.

Amazing that you did this. I’ll find some time to write a third person perspective of Heartsong. This is a great idea!

Also inspired me to get the GF to listen to seductress big time!

I have started with seductress 3times today.

Thank you for posting and welcome.

To avoid feeling overloaded please read the PDF that came with your program as well as:

UPDATE: Official article is out – New Listening Pattern: How Many Loops Should I Listen To (Single and Multiple Titles) - Subliminal Club Support Hub The official support article and update to the instruction manual is coming, but I wanted to go ahead and get this out for anyone who wanted to start immediately. We’re pleased to announce to that after a number of internal tests, you can begin listening to 1 loop each listening day, per title to start, then take a rest day the following day. If y…

Is there a reason I cannot DM you RVC?

Or am I doing it wrong? It says your profile is hidden.

Thank you! I foresure will read it to get a better understanding.

So interesting to see this from a male perspective…

Had the same thing… lasted 2 weeks.

Haha I was almost a tomboy who didn’t know how to dress so I didn’t just jump into this. Started experimenting with different materials like lace, revealed my tummy and later shoulders and back… only recently have I experimented with dresses and I have no idea how I stayed away from them in the past

Ummm you mean this is supposed to be from the sub?? Thought it was the shampoo.

I enjoy everything more now… even music, breathing in fresh air… living in the present and enjoying that sensual presence.

I did have a phase like this… and it came from reconcilation, I felt a lot of inner conflict from how I wanted to be versus how I was. I feel like this came from a deep sense of insecurity and it should go away after a while. Just be with her, she’s subconsciously dealing with her inner feelings…

Actually, it’s more that when we become more attuned to our feelings, we are scared of being hurt. We do take emotional pain at a different level to men, so we can be quite sensitive… so we subconsciously or sometimes consciously test men to see if they can protect us or are true to us. It comes from our insecurity and if you can address that it’s all good…

As it is said, "Before you can have the woman of your dreams, ask yourself if you’re the man of hers." She enjoys a primal man much more. Or I should say, a man secure in his skin. I definitely noticed that she gets more aroused when I am fully in myself and just being open about my sexuality. Not a negative thing, but you should be aware of that.

No doubt because confidence is attractive! It’s more about whether a man can be true to himself. Honesty and vulnerability is such a sexy trait. It also tells me that if he doesn’t lie to the world, or doubt himself, he will be open to me and has nothing to hide.

we subconsciously or sometimes consciously test men to see if they can protect us or are true to us. It comes from our insecurity and if you can address that it’s all good…

This is what’s commonly referred to as shit test.

Personally I call them frame tests. A much better term imo.
And a great man loves these because
A) it tells him his woman is still interested in him
B) she is in tune with her nature
C) it’s an opportunity to grow

But thank you for these explanations and your viewpoint on it!
Great to see for me!

vulnerability is such a sexy trait

Hmm, from my personal experience I can say this is not true. But maybe we use the term differently.

How would you describe a vulnerable man?

So if he’s vulnerable in a secure way, I trust him and I feel safe with him. It’s hard for me to explain, but I guess being vulnerable also shows trust to the other person, and I feel most attracted to that kind of vulnerable man. It makes me feel like he’s opened his heart to me. But at the same time I don’t want to feel like a pillar of support. The right vulnerability is attractive. A man who presents himself as vulnerable - and keeps control over it - will be sexy to me. I don’t know but I feel like women like paradoxical enigmas because it makes us feel things.

So you mean something like authentically bringing his entire self to the table and not putting on a face/mask?

Yupp… and it’s a bit like how you see lions lie down and expose their necks and bellies because they are the kings of the jungle. They don’t really care because they know they’re in charge and they’re actually strong.

Yupp… and it’s a bit like how you see lions lie down and expose their necks and bellies because they are the kings of the jungle. They don’t really care because they know they’re in charge and they’re actually strong.

That was such a great way of explaining it

I went through this process a couple of years ago myself, and for a while I used it as tool, which was great as a pair of training wheels for a man that never opened up to anyone for the first 35 years of his life.

But after a while I started using it as an escape, still as a way of protecting myself. That was not very sexy! But just as the pendulum, it swings to the left and then to the right. But as it slows down it settles more in the middle. I’m just human, I have my flaws, and I’m transparant with that, and I’m not afraid to show that, but it’s my shit to deal with.

So when I opened up as it was happening in bed to the woman, all of a sudden it went up again. But again, if I kept going on with this process as seeking some kind of approval, she would instinctually push me away. Also when I did, I felt dirty on the inside.

But I was learning, no one taught me this, so now I’m teaching myself. And it’s so much fun to deal with it as soon as you embrace the fact that it is so, kind of addictive too

This is great stuff.

Sounds like it could be partly summed up as:

Vulnerability can be sexy. Weakness is not.

There’s a certain balance point. A wave that can be surfed. Where you’re facing your edges and your threat areas and challenge points, but you’re not utterly defeated and discouraged by them or overwhelmed by them.

And when a person learns to stand in that space, at the edge. To face the challenge of being just a human being. Without retreating into familiar defenses and acceptable, socially safe postures; there’s got to be a freshness to that person; an aliveness that just won’t be there any other way.

But the other side is that we don’t owe this to anyone. This is something to do because it matters to you. You don’t “owe it” to anybody to be sexy.

The paradox is that letting go of impressing others, but instead genuinely exploring into those areas of your own challenge points and limits—because it matters to you—is probably going to have the the sexiest results of all…

Nobody’s always on top of the wave.