I understand the reasoning behind taking action, but I find it contradictory with how programming the mind works. Either subliminal programs aren’t as powerful as we think, either we have a very wrong understanding of mind programming, its coverage and what does being subconsciously programmed actually entails. It can only be one of these.

Here’s, the thing. We have an understanding that our choices, what we do on a daily basis, and therefore actions, are all governed by our subconscious beliefs. Most of our actions are governed by our subconscious programming and we only act accordingly to a blueprint in our mind. A script, if you want. So, in this regard, doesn’t that make sense that if you change that blueprint, your actions and behavior would change as well?

Is that understanding wrong? Then, if it’s wrong, why do we have many and overwhelming records and reports of people COMPLETELY changing after a hypnosis session? People stopping smoking, being disgusted by sugar, changing their minds, ect. These people didn’t take action at all expect to undergo these hypnosis sessions. The changes they went through absolutely happened to them “just like that”.

Unfortunately, there are many people for whom hypnosis doesn’t work at all. It simply doesn’t do shit to them. I think the reason is that it simply fails to reprogram their mind. That’s it. you can’t successfully reprogram your mind and still executing the old blueprint. That’s contradictory to our understanding of it.

So these people not getting results with subliminals are instances of these programs failing to reprogram their minds. Just like how hypnosis still fails for so many people.

Personally, I don’t think people not getting interesting results with subliminal are doing anything wrong, or not doing the right thing. They are willing to change, the proof being that they buy programs, allocate a large amount of time for them, and diligently use them.
It’s like trying to blame people not feeling anything with hypnosis. That doesn’t make sense at all.
And the people for whom hypnosis worked, although they were still affected by society and external environments, they still kept their programming for years.
Doesn’t that prove enough the power of mind programming?

I think the reason sublimnal communities all have mixed results are because subliminal still fails to reprogramme the mind for some, just like hypnosis. And remember, once you are reprogrammed it’s done. It lasts for year, despite external stimuli. People feeling “shift” or light effects for using subliminals is placebo or just instances of the subconscious executing the script in real time.

I think we are still missing some pieces of the puzzle. I know for sure the subconscious processes subliminal scripts. I’ve made some experiments with a friend with whom I have an energetic connection. And if I record a subliminal script interacting with her, she feels it. She even gets vision or physical touches. And if she sleeps she gets dreams. Believe it or not, but that’s what made me believe in subliminal. At those times I was calling them just “night audio recordings”.
My theory is that subliminals hardly reprogram the mind - they make the subconscious interprets and executes a script in real time. And the extent of the results of that execution varies depending on a lot of things.

Another example is people feeling tingly, energy, bones moving and all these physical sensations when listening to subliminals. The subconscious processes the script. Now as to actually implements the script in the blueprint seems to be another matter.

That also explains mixed results and why sometimes subliminals work and sometimes you do not seem to feel anything. That explains why listening to a lucid dreaming subliminals gives you a few instances of lucid dreams, but doesn’t turn you into a person that have lucid dreams.
If they truly reprogrammed the mind - like hypnosis, the change wouldn’t be ephemeral.
That’s my take on subliminals. They are like mental constructs. You know, servitors you task to do a bidding.

I may be wrong, but that’s some food for thoughts.

Subliminals aren’t technically “reprogramming” in the way most people think. Some producers provide instructions, others affirmations, or in our case, a mixture of all of the above, plus “challenges” to the mind. In any case, the “reprogramming” that occurs doesn’t happen in a vacuum, the conscious mind is also heavily involved.

This is why taking action is so important. A subliminal’s power is based on how effectively it can access the subconscious mind and make suggestions. Those suggestions don’t become real and solid, however, unless you take action to MAKE it real.

I run a modified version of Emperor. It’s probably vastly more powerful than anything we’ve released because it’s hand tailored to my needs.

I am curious about this.

Are you going to get your tailored Emperor and tailored Limitless version upgraded to PrimalTech v2?

Yes, I upgrade them myself with every revision. There’s also some targeted scripting not in the retail version.

It’s time to perform a deep, critical self-evaluation of your progress toward both your short and long-term goals. On the first of each month, I do this exercise myself – evaluating all of my goals, being honest about my progress, AND MOST IMPORTANT, changing the goal if I made it too easy or far too difficult. For example, SubClub reached it’s revenue goal in mid-January. That means, I can be a bit more aggressive with that particular goal and up it a bit. That means sitting down and determining how we can fuel even more growth and breaking those goals down into actionable steps.

If you haven’t started your personal goal setting, follow this basic template and ask yourself:

And just like that, you have a BASIC goal setting plan. Each month, you’re going to look at it and adjust accordingly. Don’t be afraid to set an aggressive goal or a goal that’s “too easy.” You’re going to go back and adjust them the next month anyway.

Just heard from our accountant — we broke a revenue record today for sales. Highest number of sales in Subliminal Club history.

Congratulations. All the best for the future.

Just heard from our accountant — we broke a revenue record today for sales. Highest number of sales in Subliminal Club history.

Congrats! And I just added in more sales to you! LOL.

Just so you know… New Dawn ALSO means better, more ambitious superchargers. Here’s a taste of things to come. Not gonna say much other than the fact that the next two superchargers after The Legacy is going to change the game. Let’s see who can guess what we’re up to. Closest guess gets a copy of DREAMS for free (when it’s released later this year). 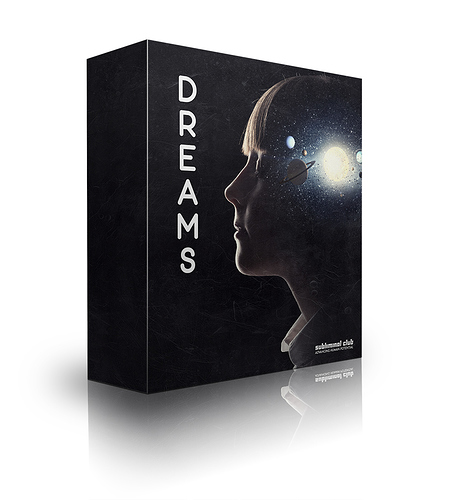 Somehow related to dreams, maybe lucid dreams and how to connect Conscious and Subconscious more tightly and usage of dreams for exploring psyche potential.

A guided visualization for turning all goals/dreams into reality, with positivity, certainty, and flow.

also, love the tune @SaintSovereign. I’m sensing some Vangelis inspiration in there, am I right?

Some quantum thing? Traveling to a time where things you want have happened and bringing them into reality through quantum entanglement?

Is this some kind of time distorting module ?

I’m sensing some Vangelis inspiration in there, am I right?

Yes, my musical style is very heavily influenced by movie scores, and Blade Runner is one of my favorites.