I have achieved wealth, I have achieve high status but one thing was missing and it has been missing my whole life, that thing is love. I find myself attractive I would say 7/10 (I have a good physique and I’m 15% bodyfat and 5’9). Reason I’m running Wanted ZP is to get better physical look to hopefully become a 10/10 and maybe just maybe become 6’2 (Apparently I’m still growing so that’s good). Hoping this will hopefully attract more girls which land me more dates. Conversations are not the problem I’m doing well in that, it’s actually initiating the first convo with a girl that’s hard. With all said in done, here’s is the update of Day 1 on Wanted ZP:

Day 1 (Yesterday) : Did one loop of Wanted ZP, feel pretty calm and confident in my meetings today. Went to the gym and had a great conversation with a old friend and had good posture and good eye contact which is good. Not much to say on this day.

Day 2: Had a new schedule so I had to wake up at 9:00 AM today which is fine pretty good focus on work so far and I noticed I look much more jacked and vascular today. Also I seem to have more abs definition as if I’m lower body fat even though I’m bulking which is good. Overall good day until I reached the gym. Surprisingly, girls we’re smiling at me and staring at me however some of the guys I know at the gym or people I talked to (Mostly asking them how many sets they got so I can use the machine) we’re kind of mean and rude or straight up as**oles, could this be normal and has anyone else experienced this (Same thing happened when I wen’t to get some fast food at a Thai Place). Once I came home tho I saw that I was noticeably much much more vascular which I guess is the Physical Shifting in the works. That’s about it for the day, might add Chosen later on as days go as I want to improve my coaching and leadership skills as I one day aspire to become the CTO or CISO for AWS which I know will mean I will need excellent leadership skills.

I have achieved wealth, I have achieve high status but one thing was missing and it has been missing my whole life, that thing is love.

Nice to have some of your great financials new CyberSec

Great goals to work on, Wanted is a very cool archetype, I think you will be able to have fun with it!

I hope thank you @GoldenTiger . What’s your stack right now, I haven’t been on this forum in a long time and so much has changed aha.

Day 3: Decided to add Limitless ZP as an experiment to see if I can achieve this genius seductive type person. Limitless ZP always gave me good results and today is not exception amazing laser like focus and greatly enhanced memory and more energy. Only issue is increase hunger which is a pain when you are trying to do IF (Fasting) as well. As for Wanted, no effects here yet but physically I think I got taller? Definitely got bigger and leaner though and kind of a deeper voice?

Pls what do you do?
I want to achieve wealth too.

Day 4: I think I’m experiencing recon (I’m pretty sensitive to subs in general it seems like) mostly emotional, I have this girl I just started talking to and we have a lot of common with as if we we’re meant to talk to each other, might have a date with her on Sunday will keep you guys updated. Overall my biggest concern is recon but as the amazing community as told me it’s all about pushing threw. Either way since I’m sensitive to subs I will keep listening to 2 - 3 times a week (Most probably 2 as this was my best protocol with Ascended Mogul + Limitless). Going to the gym in an hour so I will update this thread if there’s any else I experienced.

Summary: Noticed more matches on tinder from attractive girls. The physical tech is start to work, gaining a good amount of muscle, strength and somehow losing weight even though I’m eating more (Might post a picture of it later if it’s really noticeable). Only concern is I have tiredness and headaches which makes it hard to concentrate (I believe this is recon so hopefully it will pass).

Starting today I will try to update this thread daily at night my time to provide the most detailed results I’m getting so far.

Also because of Recon do you guys think I should keep doing Wanted + Limitless? Or run Wanted solo?

I just got the best results from Wanted by far. Here’s are the results so far:

Seems like the social effects are starting to integrate very well and my status has become higher (Still some douchebag at the gym being rude which annoys me sometimes). One big benefits I noticed from Stark I think is I’m much more playful and flirty on text with girls, will be interesting to see how this integrate when I see them in person.

After some deep retrospection, I decided that Wanted + Stark might not be the best for me because of how mellow I feel from it and since I want to hit 8 figures before 2023 I will stick to my favorite stack Ascended Mogul + Limitless and add Rich to it as per the communities recommendation.

Day 5: Played my stack in the morning and had total focus for a good 6 - 8 overall one of my most productive days of the month but not surprised with this stack. It made it everything easier. I noticed a lot more people from my team are starting to ask for advice and help even outside of work hours. I also noticed that I’m much more honest with people I talk to even girls which is always a plus (Not sure if this is a residue from Stark ZP). Back to not being emotional which is the biggest benefit that I can focus on making a lot of money. No results to report from RICH ZP so far but I will keep everyone posted on that but Ascended Mogul + Limitles will forever be my favorite stack in becoming rich/genius/productive. 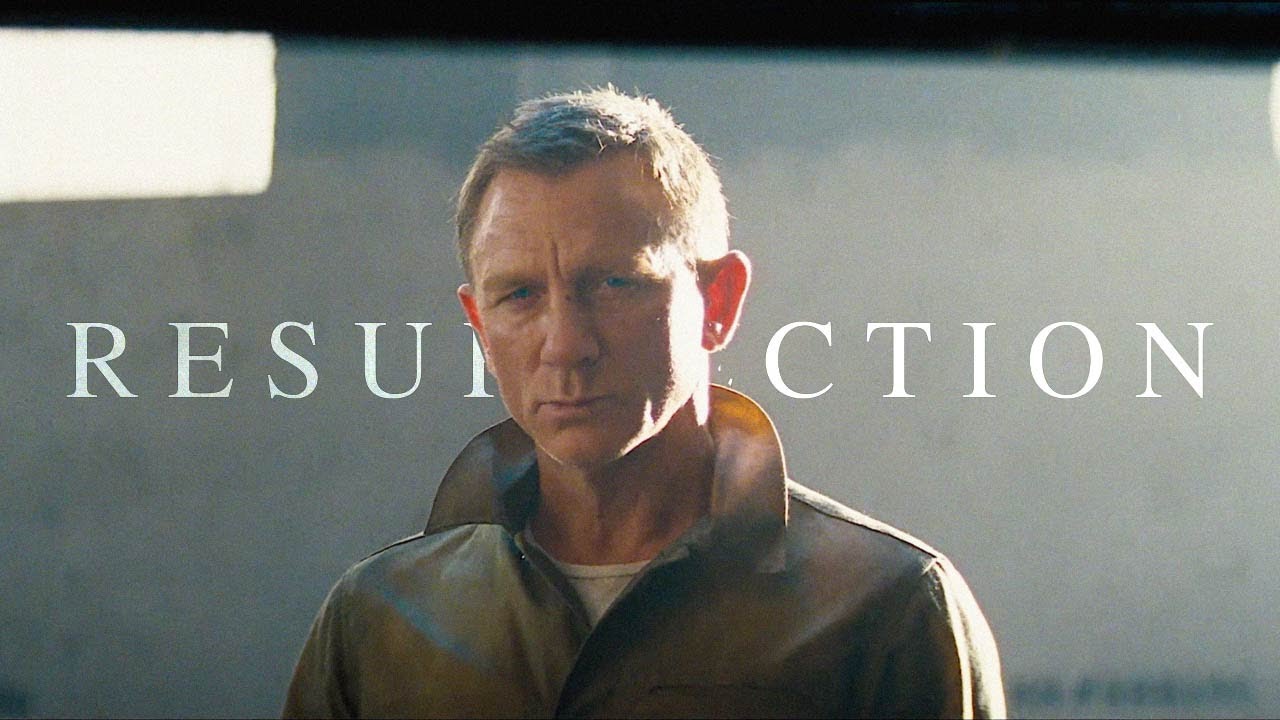 You grew tall in one night? That is serious. Your improvements are great, Congratulations. Am looking up to mine.
Especially this get taller part and increased waist size.

Oh no, not one night, in around one week

Been running my stack Stark, Libertine and QL ST 3 (Mostly as this reduces my recon from Stark and Libertine and seems to give results quicker) and here are the result so far:

1: Dreams, I keep getting dreams of me dating and sleeping with a lot of girls I find attractive, I really don’t know what this means but it’s weird how vivid they are.

2: Yesterday, I had a reality bending type manifestation, I went to the gym yesterday and everyone was saying hi to me as I was this famous dude. Even the people who usually talk casually to me were so usually enthusiastic and nice to seem me. I saw two girls I use to talk to and I instantly had zero anxiety in approaching them which before would of made me very anxious. The amount of attraction I felt from them was odd, had a date scheduled with one of them the same exact day. Made some new gym friends as well.

3: One thing I noticed is whenever I go out, I feel like Stark puts me in action mode in that if I don’t meet someone new (Guy or Girl), it will force me too. This has caused me to meet new people and socialize even thought a part of the old me didn’t want to do so.

4: Went to the gym today and wanted to approach my gym crush still have approach anxiety to it so that wasn’t a success. Not sure if it’s coming with people but I realized that when I started thinking about her and how she would be attracted me to me, she kept looking and staring at me, it felts as though there was major sexual tension building up to the point where it kind of made me uncomfortable not gonna lie. When I came home I felt sexually charged so I decided to try one of @Saiyan4Blue tricks where I think about the person I wanted to attract and manifest it so I did that, I meditated and thought about the two girls I met up with the day before and thought about how they would want to date me and be attracted to me, not sure if it worked but it definitely reduced some of my sexual chargness I felt as thought that energy went to them instead, I don’t know maybe I’m saying some weird things so someone more knowledgable feel free to message me on here to let me know what this could mean.

These visualizations are very powerful.
And they work better the more often you do it…

Be creative and make use of your imagination.
Imagine that you look into the eyes and send sexual energy through your eyes into theirs for example…

Can you please explain that some more. Even I decided to run Stark/Wanted again with QL ST1. Also, my goal is to be financially independent by my 20s as soon as I can. I’m still a college student, pursuing mechanical engineering but I code most of the times as my side or now a main hustle. I haven’t started earning yet, but it will very soon enough start.

What stack should I run? Some social effects would be great for me since for a programmer and freelancer( will be starting this very soon too), networking matters a lot. Fame too. I want to earn as much as I can to help myself and my family outta this middle financial status.

” it felts as though there was major sexual tension building up to the point where it kind of made me uncomfortable not gonna lie. ”

This is the part where you know its getting on. The trick i use is re create and maintain that tension as uncomfortable as it may be… if you feel it and make a move you have allready won. The delivery wont matter, your game wont matter its allready won.

Try to remember this feeling and know when you feel it again. This is as godmode as it could get. Well done

I will try thank you!

To be honest I wouldn’t know what would be better as far as what stack to run during college since I went directly to my first tech job as a software engineer after finishing high school however once your in a job or looking for a job. I would say to begin with Ascended Mogul + Limitless + Rich to build that productivity and gain those opportunities and increase intelligence from Limitless then I would say you can either keep running that or you can do the same as mine if you already have the job (Stark + QL ST3) and replace Libertine with Rich so that you manifest additional opportunities.