ZPT Custom. Becoming one with the Divine masculine and aboslute Presence

Just ordered a new custom oh boy… Am I excited for this one. 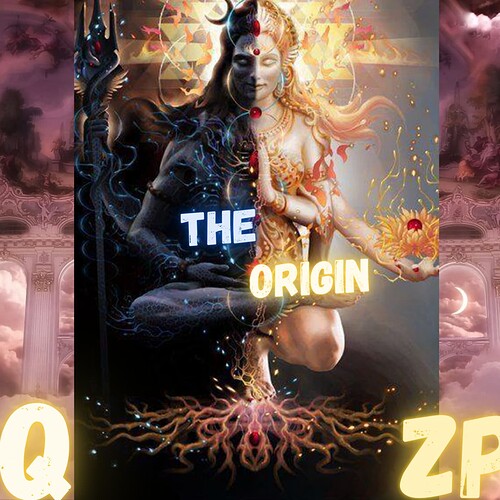 This one is gonna be wild. It’s designed to enhance traits I already have but also build on the ones i lack a bit more. Like leading girls to an adventure of love. And leadership overall.

Approachability aura is in it. Because I aleady get approached every time im out. So figure that aura get super strong.

Seducers gaze is in it, Because if there’s one thing physical trait I get compimented on it’s my eyes.

Elegance etheral presence and entranced I feel is gonna be an insane combo.Divine self image is just a module I fell absolutely in love with the last time I had in a custom.

I have never felt this way about a custom. It’s litterally nothing I want to add to it.
And foundation is in it. Because I have a tendency to space out in bliss. And figure this will help make me more grounded and aware of my body while still helping me dive deeper into new dimensions of love.

I have already seen the power of zp. So I do believe this custom will shed some of the old skin I had on. And fully metamorph into the divine masculine.

Strength is zpt because I have rarely noticed recon from a sub with love in it especially when it’s centered around love for myself and women.

Thank you. Yea I’m really proud of it.

Not just pushing every freaking desire the ego has. But actually building something truly astounding for myself.

Without second guessing or being sad that I miss modules.

Wow! Great stuff! Keep us informed or how well this works.

Played 2 loops this saturday. I wanted to do it on friday since I was going on a party cruise. But ended up coming in the middle of the night so played it hung over instead. XD

Noticed tingles and immense relaxation in all the body. Also started seeing the walls and everything slightly vibrate.

Also got 3 matches on fb dating. And all girls opened me.

This sub is gonna be a blast to run. A bit tired today, probably both from the party and the entirely new sub.

Will keep you updated

Omfg I love This sub so much.

Was sick for a while so had to pause my subs.

To listen to more loops But Max 2 days a week.

So today I listened to 3 loops. After one a half loop i notcied the wave of relaxation and love hit me with a hint of sexual energy.

At the 3rd loop my mind replayed all women that have been interested in me in fast flashes. Also started seeing random gorgeous women smiling at me.

Now Im in 7th heaven. Note to Self don’t Do This before you sleep

It’s super cool as well i have noticed i think about women way less. But Also feel love for all women i see.

Like my mentor used to say women on your mind problem. Yea i think the rest will get censored.

But in short the whole clinging craving for women is a problem .

I really did create my Perfect little subliminal.

So excited to see How this evolves.

I feel like I will finally reach full compassionate transparency with women.

Also noticing chosen that I’m becoming better at leading myself. Taking care of This physical reality.

Started a new meditation practice dropped all the old ones. Noticing immense increase of Self-Love and calmness.

Saw a breathtakinly gorgeous girl at the supermarket today. It was like my entire energy was turned on by her.

Also thoughts of not approaching in the supermarket came up. But no thoughts of inadequacy or that she’s too stunning for me.

So I approached her… She got super happy. I was even more starstruck when she smiled. Was at loss for words on how to move it forward while the workers around stared at me approaching her.

She said I made her day. I left happy that I approached someone that was so scary to approach.

One of the girls who saw me approach her was the cashier. But I just flirted a bit with her and joked around as well.

First I thought it would be weird but I more got the sense she was impressed that I approached a girl I liked.

You can’t be creepy if you don’t send out that vibe.

But what I also felt was so much joy from approaching her… So much love for women overall.

I now realize how much nicotine killed my spirit… Seriously if you are reading this NEVER EVER START NICOTINE.

This is gonna be an epic year.

Any updates on your Custom @lord.patrik

Not yet not met a lot of people this week. WIll update after the weekend.

But noticing more and more appreciation for women overall.

Have your results steadily increased in momentum or what have you noticed?

Actually just had a call with a girl more for healing though. And she said she felt loved by my presence so that’s cool.

Yea it increases in waves. Some days all I do is sleep others I have so much divine energy flowing through me.

Very interesting morning, had a talk with a buddhistic Nun about my meditation practice and if I’m ready to go to the next step.

Her energy holy moly… She felt like a 5 year old kid in the joy she exuded. I now understand I can radiate even more metta and love around me.

This weekend I was at a tantra retreat very interesting went alone to push myself. Ran libertine and my custom the day before.

First day was a bit nervous because of the newness of it. And many of the people there knew each other. But just started talking to more and more people. It’s a very loving enviroment which is really cool.

I noticed during one eye contact exercise that one of the women I looked at started biting her underlip. After the exercise she went to her husband and asked if he was ok.

At the first day I noticed i blocked my sexual energy a little and did not allow myself to fully feel it.

Day 2 we did some kundalini awakening and some ritual play. Ritual play was really interesting it’s basically when you have 7 minutes to just play with each other (No sex) . And I started to allow myself to feel the turn on for the play with the girl I did it with. And it just became more and more open… With another girl we started biting each others neck and wrestling… You can also just say no and the play stop. No of the girls did it with me though. It was a very interesting exercise because I think we lose that sexual playfulness.

And sex is suppoed to be playful and fun not so serious.

Day 3. My old abandonement trauma got super triggered. During an exercise which left me alone. I Was grouped with a girl but her friend was all alone so she went with her friend instead. I just wanted to go home.

But instead because of the sub and new teachings I learned I was like let’s try the new 2 hour meditation the nun gave me.

After like 5 minutes I had let go of the triggeredness and started feeling the metta. 1 hour 50 minutes later i open my eyes from the meditation and everyone is sitting around me. I even started feeling compassion for her friend. If I did not feel that pain she would have felt it and I doubt she could have handled it as well. It might have ruined her whole expereince.

So instead I became grateful for that experience.

After that everything changed. Girls started constantly approaching me, During the final exercise we were gonna strip the other person with a blindfold.

The girl I was with was like just do whatever don’t take off my panties thouh as her boundary.

I think this weekend overall and i think the processing of the subs from all insane action I took will really make a big impact in my life.

They talked in the first day about not going to hardcore and if it’s not 100% yes don’t do it.

I was more like fvck it im gonna push myself to the extreme.

Insights from the weekend is…

Overall i only had one regret and it was not asking one of the girls for her number. I was gonna do it but was completely exhausted from pushing myself for 3 days. And she was with her girlfriends.

Now subliminal you have a lot of references. Today I’m just taking time to reintegrate it. Go brain make me the Real Divine Masculine

This meditation dear god. It’s so incredible. You don’t feel love or metta you become it. It’s also interesting because it’s a very gentle soft aura. You feel kinda like cotton.

Another interesting thing is the nun talked about a 500 ft aura. I think I have underestimated how far an aura can reach haha. Well to be fair it can reach through the entirety of the universe but yea.

Got new headphones it honestly feel like the subs hit harder. I feel consumed when listening to the sub, In a different world.

Got some minor nicotine cravings today. But nothing I can’t handle almost at 2 months without nicotine now.

Had an interesting idea on how to radiate more of the metta and energy. Gonna be interesting.

Washout coming up after todays listen.

Got some minor nicotine cravings today. But nothing I can’t handle almost at 2 months without nicotine now.

Subs really seem to hit different with these headphones.

Thoughts that randomly popped up during the day. I am a “10” why would I never need to force something.

If girls don’t love me we are just not meant to be.

Relax and surrender to the good that is coming your way.(Surrender don’t mean be idle) .

Also got invited to the Tantra meetup, Which is funny that I became friends and he asked to add me on fb. When he’s the one that holding the meetup.

If I’m lucky the girl I wanted the number of is there. If not no matter will still get to meet loving open people again.

It feels like im really stepping into the flow of life again instead of swimming in the opposite direction.

It’s like worries are gone, This new kind of meditation + 6rs + sub might actually be purifying and rewiring all limiting patterns I had.

I really lived a idle life for a while… I just felt lost with spirituality and everything. But since I still felt happy I did not really notice it.

But now we’ll back and it’s time to be spiritual in a more practical way than just being blissed out.

Started learning hypnosis found a great online course. Super interesting stuff and I think it will really help me evolve my shadow work sessions to be even more life changing.

I also have entranced and etheral in the custom so will be very interesting.

I was also theory crafting on how to make the subs hit me even harder by like opening up my subconscious mind for them to create less resistance.