Which version of your name did you pick for the name embedding?

Why, and what benefits do you believe your choice brings?

I know the rec is to just choose whichever name resonates with you the most, but it still has to count as some sort of variable imo. Not that I believe it would make a huge difference either way. Right now, I’m thinking about either using my full first name + last name or my shortened first name + last name. I know Saint literally uses “Saint Sovereign”. Let’s discuss! If anything, some cool insights could be shared.

The first name says it all, as I identify with it the most. That’s not surprising.

Right on. Choosing the name you identify the most with definitely makes the most sense. The reason I’m curious is because of a post @Hermit made months ago. It was something about how we all have different identities depending on the situation and who we’re interacting with. His theory is that using ‘I am’ in a sub encompasses and effects all of these identities although a little slower. While using a nickname would offer faster results for that related identity. Which does makes sense to me.

I think a first and last name combo is a safe bet for me as it is my original birth name. So it should encompasses every other identity and name that has stemmed from it. But I would like to hear everyone’s thoughts, theories, and insights as well.

Maybe someone should try using a title with the name. For example, maybe if my first name is George, and I want to be Chairman of a big multinational, I ask for Chairman George to be embedded.

Funny you mention this. I do have a nickname among a longtime group and a shortened form of a name often used at work. However, lately I’ve been getting more people to start calling me by my first name, plain and simple. This is a way of unifying my identity across all groups. As I understand it, the shortened name is just linked back to my full name (of course). Certainly since I decided to make this unification sometime in the past I made the conscious decision to introduce myself as my full first name in every community moving forward. 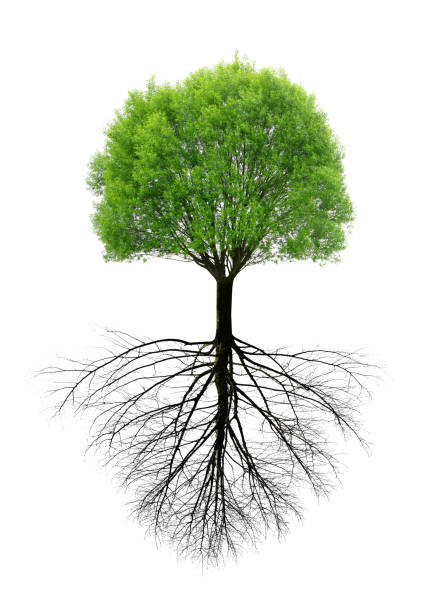 With reference to the picture above; your conscious mind are the branches, while your unconscious mind are the roots of this tree. The tree stem is ‘I Am’, because you just are and there’s no need for identity other then having other people create reality for you. Now that’s just society, so let’s face it we have multiple identities right? Those identities are in our memory and are linked to specific experiences. Memories/experiences basically frame our beliefs and re-frame what you truly are as a I Am living conscious observer of reality into various pre-conceived thoughts according to your own identity & personal names complex.

The name that is used most, similar to the tree will have the thickest root and thus the most experiences/memories associated with it, rooting of into many other lesser used roots (in terms of the human physiology being the neurons associated with that memory/experience). It’s really easy to make different analogues for this as the intelligence of nature orchestrates itself in many similar fashion, everything are fractals, same could be said about the way the Universe works in relation to our human brains, as above so below.

Now for me the most overlapping and most frequently used name would be my personal first name, so that’s the one I chose. If you want to tackle a more specific issue instead, for example; re-framing beliefs & memories about your social circle and they have a specific nickname for you – then use that one instead. Do keep in the mind that using that nickname will work on those memories/experiences first and then branch of into others.

So with that said, using ‘I Am’ affects your entire psyche but it’ll likely take much longer and be much less effect as it represents the tree stem according to the depiction above. The second most effective (as in the amount of effect in terms of radius) would be your most frequently used name, in my condition being my personal first name.

Here you have it, take this knowledge, apply and enjoy it.

I am conflicted here. I have my first name, but I also identify strongly with the name of a character I created to represent everything I desire to be(come). So that’s two entirely different names. I’m curious which one would be more effective. That would require me to make two builds of the same custom and test them.

A character you created works in a similar fashion, but it won’t be overlapping as of yet. It’ll be like creating a new branch (neuron) in your brain, a blank slate so to say, where you can associate new experiences/memories to.

It won’t be as effective be broadly affecting but it will have specific effects, if you combine it with NLP you might be able to grow a new personality from inside out, but I wouldn’t advise it.

When someone shouts this name when you’re consciously unaware does your unconscious make you aware? In that case use it, if not then it’s better to build up familiarity until it does. All in all it depends on how the scripting is put together, it may be that they use I Am and then add your name somewhere to make your unconscious pay attention to the scripting, yet it could also be that they swap I Am for I [Name] or name itself, in that case it would be a different story…

Now you disappoint me, Hermit. I did not create the character, I simply tuned into the essence of a character that already must exist somewhere in this abundant multiverse.

Actually, it’s much more complicated. I’ve been displaying traits and skills and even knowledge that I shouldn’t be able to, but he would. For me the question is if I can identify as strongly with him as Saint can with… well, Saint. So far, not doing so acts like a failsafe, the ability to say that changing in that direction is not me but somebody else, while staying in my little comfort zone.

So once I do that, it could very well be that the subs suddenly start manifesting like you wouldn’t believe as all resistance to being my best possible self are suddenly gone. Essentially I may be doing exactly what you stated, separating my current self from my ideal self as a means to not have to change.

I am considering giving the trial a chance. I would have to really figure out good testing parameters. And ways to measure the results.

Does the name determine which ‘identity’ gets subliminal input?

The concern over which name seems like it would only be if the sub will only shape the identity of, and impact, the name we use. Like the object of that identity is being effected, but the ‘rest of us’ is not.

Whereas I imagine the sub impacts the ‘I AM’ / the tree. The name is just a mechanism to get there. As long as it’s good enough to consistently get our attention and reception, it would be sufficient, my guess.

I had considered a magickal name (two of them actually), which had been used in person by at least 3 maybe 4 individuals in the past, one of which I identify (or used to identify) very strongly with, for similar reasons to the character creation idea. Ultimately though, the name in society is probably going to cause the most profound change because it’s identified with those neural pathways and ways of being experienced in everyday life.

This thread is fascinating, and I didn’t realize it before, but I’ve got similar questions.

My full name (first, middle, last) is only ever used when filling out government forms (ugh), or when I was in trouble as a kid.

Even now, my first name (which I shortened long ago… ie Daniel to Dan, though that’s not my name) has dual connotations. In business, it’s normal to hear my name and it has no negative connotations at all. However, coming from my wife… she only calls me my actual name when I’m in trouble, otherwise I’m sweetie, honey, babe, etc.

I’ve been thinking about it, and I don’t know which version of my name I’d use. There’s pros and cons for each (full vs shortened that I’ve used for nearly 30 years). My name is quite common, and it’s even shared with a celebrity. So much so that I’ve heard it mentioned on tv shows many times and it barely even perks my ears up anymore. Is it possible I don’t identify strongly enough with my own name?

Side note: I also have zero feelings of connection to my middle name… no sense of familiarity whatsoever. Obviously I know it’s my middle name, and I know the uncle I’m named after, but there’s no reaction of “hey, that’s my name!” when I hear it. I have more of a familiarity reaction when someone external mentions the name of my city, which suggests that I have a stronger identity as a resident of a particular place than to part of my own name.