I’ve been running EoG and its stages for (over) 8 Months as we all discussed here: 8 Months of EoG (and others) - SHADOW WORK 2022!

Precisely been 204 days, with, however, some pauses, a bit of Dragon Reborn and many other subs.

But since I feel it did its most important job (especially ST1 with reshaping my money belief system) it is now time to focus more.
Hence why I created the VIBRATING CHIRON Custom: 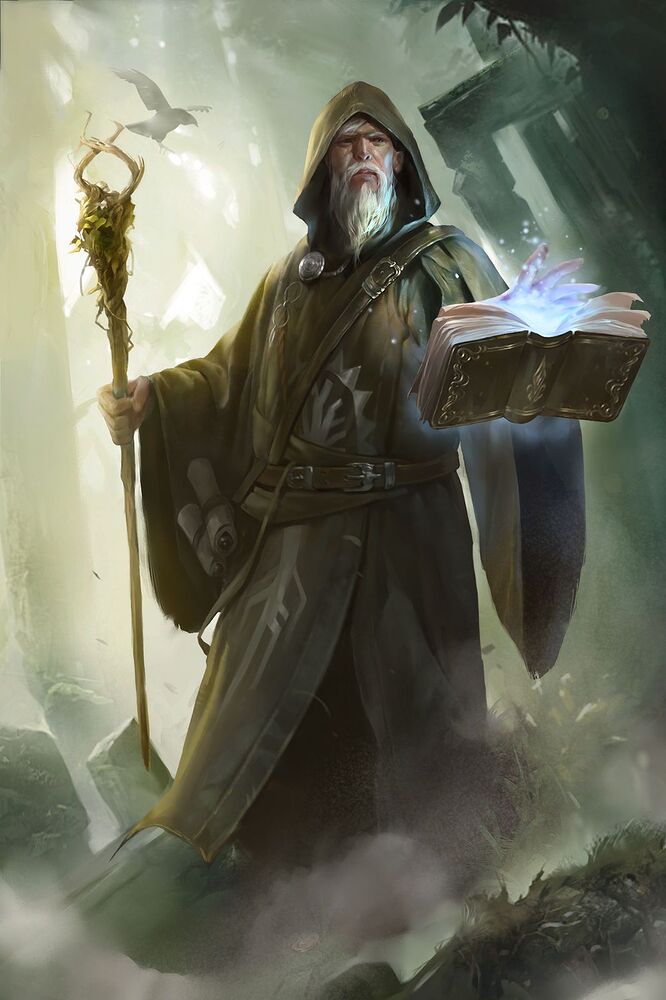 The goal is clear:
Make my online-teaching-raising-vibe-healing-relationships-and-masculinity-business THRIVE.
Hence the fame modules.

Moment Immortalized because it’s all video (mostly). This is also why I went with True Sell over RM, I wanted it to be the most authentic me which TS did the best so far. Letting go of inhibitions about my true nature. CWON is in there for creativity, because this sub made me fire in that direction. Plus it keeps me high vibe, positive and uplifting. This is also why Song of Joy is in there.

Mystery to see if I have any hidden talents I can use.
Debt Annihilator, well, obvious. Because this custom is, of course, designed to make the business profitable and thus help me to further escape from the Matrix.

Already received the custom yesterday, ran it for 3 minutes. Saint said it should cover the whole script, but 5 minutes definitely, so I will build up to more exposure over time.

So far, I feel a bit overloaded, but it is expected. Will report back.

I see now why you included Mystery. Your business is an extension of your evolving self. Makes sense.

Your business is an extension of your evolving self. Makes sense.

As always you’re reading me like a book, friend!

All the subs I ran so far inevitably pointed me towards this direction. This is my purpose, this is what I need to do. I noticed almost nothing from EoG ST2 because I already am on my path-. Which is a good sign

Looking forward to following this Journal!

Is it teaching combined with coaching, or are you going to teach about the subjects like masculinity and let people learn from your Insights like a youtube channel? It seems very interesting non the less, if you have a blog/website where you share your teachings, I gladly support it.

Best of luck! I have a feeling that you’ll do more than fine!

Oh yes! What a great name and picture!

Your custom looks very well crafted and the combination of Cwon and TS seems very interesting and powerful.
Im gonna be reading your journal and checking how Void of Creation works for you. Im very curious about that module.

Is it teaching combined with coaching

I already coach a bunch of men on these things.

The blog and the youtube and tiktok channels are for a more broad audience. The coaching is very specific and tailored down.

if you have a blog/website where you share your teachings, I gladly support it.

I do, but obviously I am not allowed to post that here due to forum rules

Im gonna be reading your journal and checking how Void of Creation works for you. Im very curious about that module.

Thank you! And yes, me too! Looking forward to it!

I love this custom @AlexSQ

I like a lot of the modules here. Funny, I was thinking of incorporating True Sell and CWON in some kind of custom.

Wish you the best with this and will be curious to see your results.

Day 3 after the first loop

It’s interesting, I first thought I am not noticing much, but I am if I look deeper.

Modules that kicked in hard:
Lifeblood fable. Something came up with an ex-colleague and friends. Was dealing with my reputation LITERALLY there. Not in the sense that it bothers me what they think of me, but just brutal honesty (they approached me).
Also, business wise one of my tiktok videos that reached 50k views about the War Room and my experience with it got censored. Overreaching of power for sure there, but I realized: Maybe I should focus more on uplifting and positivity, instead of gaining a reputation for talking shit on people and their products?

Debt Annihilator
My old accountant reached out if he can do anything with my current mortgage. Now this isn’t EXACTLY a result in that debt is annihilated already, but it certainly is a manifestation of it. Let’s see what we can work out.

Victory’s Call
This was a bit hidden. But I am in CLEANING mode. As in, doing all the shit for my home, business, etc I kept neglecting for a while now. Didn’t occur to me initially that this is this module, for sure. But it is about getting tedious shit done, isn’t it?

Moment Immortalized
Well, let’s just say I edited 10 (!) short clips today in a few hours no problem because I found a way to create templates for my branding in Premiere Pro.

Not noticing much yet from the cores. Then again, I am used to both, been running them solo, so that’s prolly to expect.
Err, True Sell kicked in for some email copy, I remember that!

However, today I noticed a deep void within myself. I let myself become a bit stressed by work and was then pondering what is the meaning of all this. I think, however, after pondering about it, that this might be Void of Creation. Prolly dealing with some fears of the “void.” Because I always needed something to happen. Some sort of emptiness felt difficult for me.
Maybe, or it’s just recon.

On a sidenote, the new support article struck me a bit because I’ve been running like 9 subs in the last 2 months lol
It was an experiment to a degree, but it explains certain “fidgety” behaviors when my mind is all over the place.

Which means, for now I focus on the custom and Alchemist ST4, nothing else. This does enough for me right now. Plus a potential 2 week washout. Although I ALWAYS been running WAY less in exposure than most people. Generally about 4 days between subs. Or 7 days before I started this custom. So maybe this doesn’t exactly apply to me. Whatver, doesn’t hurt.

Well, I already enjoyed teaching A LOT before I started subs. So maybe this isn’t that big of a deal for me

I think this depends on what you are teaching. When I was teaching about lifestyle, nutrition, and mindset at my coaching business, it was never draining to me. Are you teaching something that’s your passion?

I think when something drains you, that’s your body telling you to find something else. If you feel resistance, that’s a different ball game. You should keep going, it’s on you to feel the difference between the two.

Overreaching of power for sure there, but I realized: Maybe I should focus more on uplifting and positivity, instead of gaining a reputation for talking shit on people and their products?

I would suggest going back to the core of why you started your business. If I’m correct, you want to help men grow in a healthy and masculine way. To help grow that part that we truly lost as a man these couple of years because of society.

My advice would be, don’t point out and blame the weak points of society. Raise the frequency of men in general. That’s rare men, a real man.

I would suggest going back to the core of why you started your business. If I’m correct, you want to help men grow in a healthy and masculine way.

Exactly. When in doubt, ask yourself why you embarked on that journey

My advice would be, don’t point out and blame the weak points of society. Raise the frequency of men in general. That’s rare men, a real man.

I was misguided for a bit because it worked so well view-wise. But I realized its not what I want to stand for. The thing I mentioned in the other thread that if you focus too much on analytics you will make stuff the algorithms like, but not you.
Big mistake.

Well I think I need time before Chiron will be ok with me. I don’t like public speaking in general. The only moment I liked it was with Wanted. So maybe I have to change my stack soon

To see Chiron’s effects, look less at how you feel and more at how your students feel.

But, your energy is important too. So got to find a way to handle that.

Some of the status titles seem to help with this. Gradual increase in recognition and honoring of your boundaries without shame or compromise. Once your boundaries are properly enforced, the energy issue will soon be resolved.

All the success to you

To see Chiron’s effects, look less at how you feel and more at how your students feel.

That’s a great point. Since I’ve started teaching my students said many times that they were very pleased about how I teach, but for me it still draining sometimes.

Got the next custom ordered which then marks the only two subs I will be running for a while because they cover everything I need:

This is aimed at opening the mind, an initial idea by @Invictus and I know @SaintSovereign once said he’d like to run such a title. However, I changed a bunch of things to be more focused on myself.

The idea is to increase Flow Factor by opening your mind and getting rid of stubborn programming.
Plus, due to Alchemist, it has, of course, a spiritual punch to it. In my case, also added Magickal abilities.

Will stack it with the Vibrating Chiron, which, however, I will get used to a bit more first. I might even do a 2 week washout first. We’ll see.

Either way, this custom has been on my eyes for a loooooong time, and I finally pulled through.

I still need to find a fitting image for it.
Ideas so far 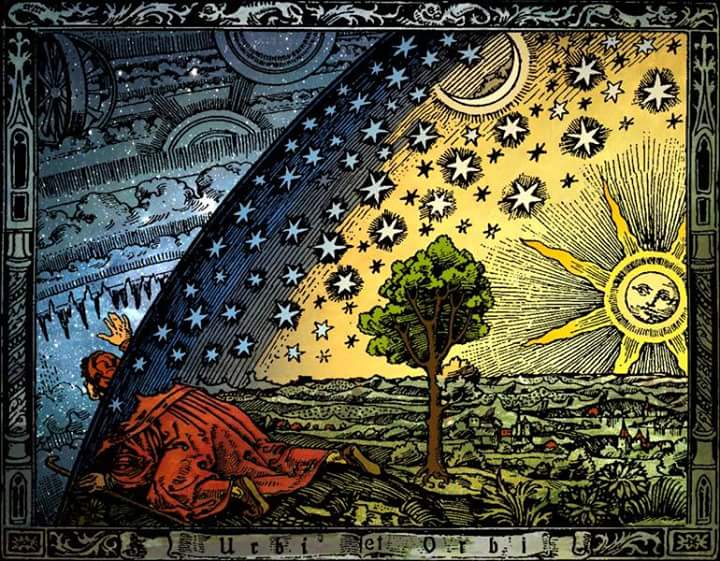 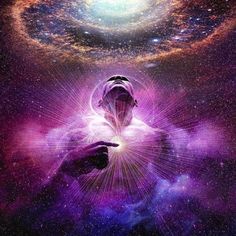 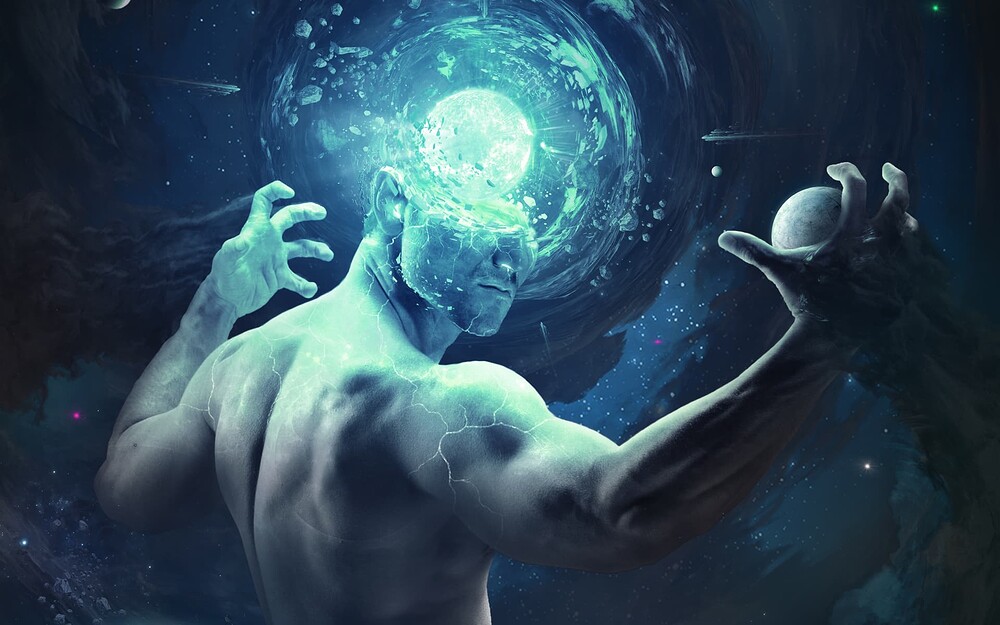 @AlexSQ what’s your listening schedule for these Customs going to be?