I want to confess

I was unable to resist a temptation to test new EmperorQ, my curiosity is beyond the roof. My gratitude to @SaintSovereign and @Fire for advancing human potential products and @AMASH and other guys for their inspiring, sincere and useful reports.

I’m planning to post in this journal at least 2-3 or more times a week.

My sound setup is: iPhone XS Max with AirPods 2 for Masked version, which is 1 hour long and my HomePod for Ultrasonic version which is 1 hour 5 minutes and 15 seconds long.

I will run EmperorQ with Daredevil stack and DREAMS supercharger. Why Daredevil? Well, it has everything I need right now: social enchantments, overall positive effects on my personality in terms of state and moods. My interaction with people become more effortless and authentic.

DREAMS is a phenomenal sub which helps me to have more dreams every night and, if I remember correctly, @SaintSovereign said that including dreams in reports helps to advance and develop the subliminal technology.

This is 100% correct with DREAMS. After running it for almost month now, I can say that I have a nightlife during the sleep no less intense than during my daylife

So consider it if you want your dreams to become more informative and comprehensive.

Day 1 or its better to say Evening 1

Yesterday I received a confirmation by @SaintSovereign, downloaded EmperorQ, plugged AirPods and started to listen Masked version and continued to watch series with my girlfriend, drinking some red wine and eating gigantic shrimps.

I consider myself quite sensitive in terms of awareness of my inner state. And yes - in about 5 to 10 minutes I found myself in a very interesting state, like Flow state. I became aware of myself, my girl, everything at the same time. Consciousness expansion and state change was so obvious that I started to think that wine effects are wearing off.

Very pleasant feeling of oneness with everything, very warm feeling in my chest area, my legs and hands became warmer. Very good feeling.

So, I ran only one loop of EQ, then one run of DREAMS and gone to bed.

One thought and felt sense: defragmentation process is complete for now.

Thats all for now. More later.

and @AMASH and other guys for their inspiring, sincere and useful reports.

Thank you for the very kind words, my friend @Dmitry, and I look forward to reading your journal

If one word can describe EQ is: INSTANT . State change almost instant. In about 3-5 minutes. No doubt: EQ do contain something similar to Beast Unleashed, Emperor Unleashed version

Mental: I noticed strange effect in this area: when I leave some place, be it bowling or shop, I have a feeling that I’m still there

It disappears in about ten minutes but nevertheless.

Information comprehension is quiet usual prior running EQ that is good because every time I started new subliminal I had some kind of mental fog or something.

One more thing. It seems that I’m caring less if I make mistakes or not, like my self-esteem and making the mistakes are less connected to each other.

Emotional: optimistic and uplifted. I totally agree with @AMASH that positive changes are faster and better achieved then a psyche is in heightened emotional state. Heightened and coherent state is what makes our lives better, no doubt.

Using pendulum I managed to measure my dominant state in David R. Hawkins Scale. It is between 310 and 350 solid, between Willingness and Acceptance . I wonder if it is possible to tweak EQ to reach 500+ states.

Physical: @SaintSovereign, do EQ contain any testosterone supplements? I feel this rush of energy that, in my memory, was only when I started visiting gym and taking testo boost diet or supplements.

Libido is very high and has this explosive feeling, i.e. when I just think about naked body of my girl I have a surge of desire in my body.

Can’t estimate but I feel at least 10 years younger.

Stacking : Daredevil feels heavier than EQ but gives this interesting feel effect: during Daredevil loops I have a sense of EQ by contrast.

In the morning, my HomePod is set to play EQ x3 (Ultrasonic).

Yes, ultrasonic is VERY loud, so be careful, guys - 1/10 or 2/10 on HomePod is enough to feel the programming effect of EQ.

Summary: I think that EQ is a big next step in Subliminal Club’s evolution. It induces very different feeling than other subliminals.

I totally agree with @AMASH that positive changes are faster and better achieved then a psyche is in heightened emotional state. Heightened and coherent state is what makes our lives better, no doubt.

You are right, I love this wonderful happy feeling!

I know you are a big Player. Did you see a specific unusually positive impact on new girls when running EmperorQ?

You are flattering me

it is only 2,5 days since the start of EQ, can’t say that I noticed something non-ordinary, most the time I was with my girl and alone. If something interesting occur - Il mention it in journal.

Updated emperorQ to v1.5. You can call me a perfectionist but I like the idea that files are exactly 1h:00m:00s long now. Even though I prefer 45 minutes, 1 hour is also good one.

I love that game! Although Red Alert was for me the best. 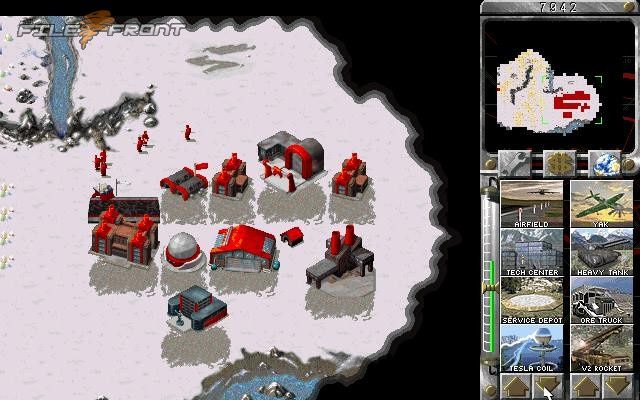 I wonder if EQa contains musical data, tonality, rhythm or something etc. besides the voice script…

I know @Dmitry, you are similar to @Hermit, in that both of you are deep into energetic and occult stuff, which I don’t deal with at all.

But why do you feel that musical data and rhythm matter in a subliminal?

Yes, much better mood on EQa than the original EQ. I hope it keeps going strong, as Subliminals are a fickle mistress that hit us with reconciliation when we least expect it

What do you mean by occult, @AMASH?

Energetic work - yes, I like this stuff, it increases my sensitivity which helps tremendously in life. Chakra, energy centers… Yes, this is helpful.

No dark stuff, though. No black magick, no pentagrams, no satan.

About musical data in SC subliminals? It just my thoughts. Maybe I’m wrong.

Using pendulum I managed to measure my dominant state in David R. Hawkins Scale. It is between 310 and 350 solid, between Willingness and Acceptance . I wonder if it is possible to tweak EQ to reach 500+ states.

That’s very interesting. I never heard of something like that but will certainly look into it. Can you recommend or share a test manual?

Search for this books: Truth Vs. Falsehood and Power vs. Force. This two books will be enough to get the whole concept

Wow just googled both of them and got this sensation of excitement I always experience when I find something that will change my life. Similar to how I felt when I first opened the subliminalclub website.

Which book should I start with? Right now I am leaning more towards Power vs Force.

This information is exactly that - life changing

And yes - your intuition is excellent - Power vs. Force is the book I recommend to read first. Write down your impression, ok?

It is very interesting topic to discuss.

I was thinking about creating a channel called “What makes a good man” in the Emperor’s Lounge where everyone can write and discuss new concepts, ideas and worldviews he gained, independent of the subliminal he is running.
As someone’s personal subliminal journal isn’t the right place for such discussions.

Anyway, thank you for the recommendation @Dmitry. I will somehow report back

not here, somewhere… to discuss, yes

btw, you can find different versions of muscle tests. I prefer pendulum.