what books you read about the topics ?

It has been said I am charismatic and my experience is that, at my best moments (mentally, physically, spiritually, and financially), I had my most influence. My definition of charisma is… a health, vitality and reproductive cue broadcasted unconsciously from mind-to-mind signifying the origin of such charisma is indeed holistically healthy, vital and generative.

The master key to influence is congruence. Congruence gives you an air of Authority. The Man/Woman not only talks the talk, but walks the walk as well. The real deal.

Thumos/passion/fire is just the cherry on top to be broadcasted to the world and infect them through emotional contagion.

Finances need to be good.

While I agree with some of the other things you mentioned, I can unequivocally say that this doesn’t need to be the case.

I also agree. It is a case-by-case basis. This framework is from my personal experience of what helps me be in my best state of mind and also the feeling aspect to create the emotional contagion.

And yea, for peak state I agree, having everything in order is the best way to go.

By all means brotha. I spent years studying this stuff. I really didn’t get to play with it until I joined military in a very social job (90% of the job is talking to people). The hierarchy is relaxed, but still there. I wasn’t the type to simply have a mundane career and follow and give orders, so I naturally took the Great Man approach. Transformational/charismatic leadership during 2020 crisis.

Excuse the rant, I’m super passionate on this subject.

What would be the best stack to pickup Zendaya

What would be the best stack to pickup Zendaya 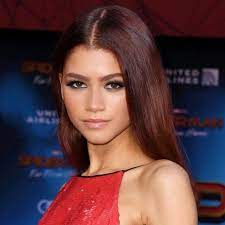 I have personally trained in personal magnetism.

Each and every person’s personal magnetism is different.
Not about certain factors like money, health, or confidence.

Though those things are a by-product of strong personal magnetism.
Also, bringing your mind, health, and emotions in harmony helps with that.

Yet, there are those who are like the Dalai Lama.
Then there’s Hitler who was so charismatic he swayed the whole country into performing genocide.
Jim Morrison wore a ragged t-shirt and still commanded a room.
And then there is Marilyn Monroe…who is an emotional wreck.

For every charismatic person who smiles, is well-groomed, makes people feel important and spiritually balanced…

I can list a number of people who never smile, who looks like he hasn’t taken a bath in days, and who are on the verge of mental, emotional, and spiritual ruin.

So the question is, what causes personal magnetism?

These are all YOUR personal styles of magnetism.

What personal magnetism is…the IT factor, which is a combination of many things.
Like how much energy you have.
How easily you project yourself, or express yourself.
How strong your will, belief, and conviction is.
And how much harmony you have in your mind, body, and spirit.

Energy is defined as the battery you run on. Like Qi from Qi Gong, Prana from Pranayama, etc.

Those who feel invisible are due to their energy being so low it doesn’t register in people’s awareness.
Those whose energy is in a high amount (not high energy like excitement) get people’s attention.

However, most people have fears that block the projection of their expression.
So even if they have a high amount of energy, they can’t bring out their personal magnetism.

Example: think of a time you were afraid. You might feel some kind of contraction in the pit of your stomach. Or maybe in the heart area. Like you are small. Even if you have big muscles, this contraction feeling stops you from expressing your personal magnetism.

Now, look at the other side. Remember a time when you are celebrated. A good grade? Graduation? A project completed? A goal accomplished? Notice the feeling of expansion and relief. Like you are opening up.

Not the behavioral result, but the thing behind the behavior.
The vibe. The energy. The strength from the inside.

That is personal magnetism.

Can’t really be explained in a simple way.
You’ll know it when you know it. If you ever met charismatic people…

Everything @SwagKing said is part of it.
But if you yourself were to try to copy what charismatic people do, you won’t necessarily get the same results.

Because personal magnetism is personal. It’s the invisible thing that comes out of you.
An inner quality that is projected outside.

It’s like the guy at the bar who uses the pick-up line thinking it will work & fails, and then seeing another guy who is a natural seducer say the same pick-up line and it works.
The fact is…it wouldn’t matter what that guy says, he just has the “vibe” that makes it seductive regardless of what he says.

Yes, this👆🏻
Thanks for your time, a very encompassing explanation.