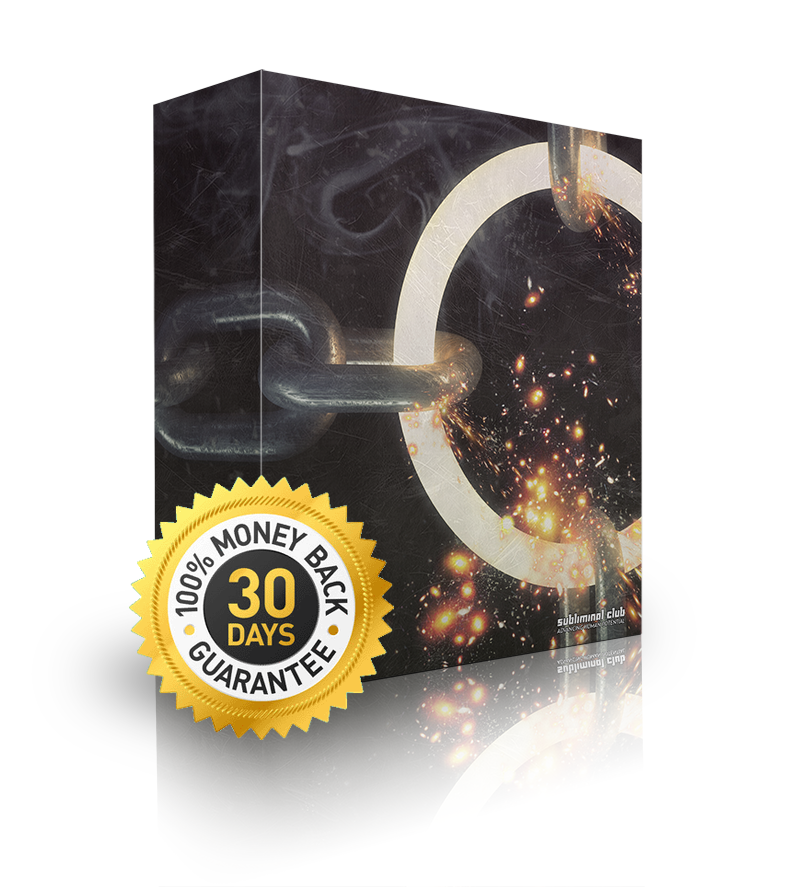 The Limit Destroyer, a subliminal that has a very specific purpose in mind - destroying the limitations you have internalized.

Limit Destroyer has been upgraded and is now available in Ultima format . Ultima is the pinnacle of subliminal technology. Get results in as little as ONE loop in the first few days. Read more about Ultima here . Note that Ultima titles are ONE file — a masked subliminal with an embedded ultrasonic subliminal.

Limit Destroyer has a very specific purpose in mind — destroying, dissolving and removing any and all internalized limitations, including those you may even know existed. With each loop, Limit Destroyer will drill deeper and deeper into your subconscious, removing the fears and limits that hold you back from greatness. You could potentially experience incredible boosts of confidence, bravery and fearlessness in just a few days.

These could be beliefs along the lines of “I am not good enough”, “I cannot do this”, or even “she is too good for me,” Limitations we have can manifest in many scenarios.

If this sounds familiar, Limit Destroyer will be a powerful addition to your stack. Not only will it permanently remove ANY issues that are limiting your personal, professional, or romantic growth, it’ll also have a positive effect on any subliminal you run it with, making those subliminal titles more effective by destroying any limiting beliefs preventing you from achieving the goals of your subliminal stack.

Limit Destroyer also attempts to ingrain thought processes to prevent those limits from re-emerging, and if they do, provide you with the mental tools and fortitude to overcome them.

It is time to destroy your limits.

And yes, this is a free upgrade to those who own it already.

At this point, even an Ultima-type sub can greatly exceed what competitor’s full blown subs claim to do

Ok. I wasn’t going to mess with what I was doing for a while, but now y’all have to go and do this.

Yesterday I remembered a confidence training program which in the beginning worked with limiting beliefs (I think they were called excuses or obstacles). Now the new Limit Destroyer is here. Hooray.

I will probably add this to my stack after my rest day tomorrow and see what happens.

Somehow the concept of having LD as an Ultima seems very appealing. It’s like going to a workshop event where you actively work through an issue. Except in this case, you can load up the workshop event every day and work on something or take a refresher. It could be really effective. Slowly chip away at yourself until all that’s left is awesome you.

I think I got LD a few hours before it was upgraded. I feel very sneaky.

Are Ultima subliminal’s to be runned solo or can they also be combined with each other?

For example running Sanguine U, Limit Destroyer U and Beyond Limitless U alongside each other? I personally do not have an interested in doing this, at least not now but I’m very interested to know if results will fade by running multiple ones.

@Hermit I was just about to ask the same thing. @SaintSovereign probably answered that but I missed it. @SubliminalUser you are correct. I was actually waiting for Rebirth Ultima. That one will be fun as well.

I was actually waiting for Rebirth Ultima.

@DarkPhilosopher I was looking at the stacking modules and super chargers and and outside of Beyond Limitless which I didn’t have until yesterday, the only other one I would think of purchasing is the Beast Within and Beast Unleashed as I need something to get me to want to workout or get into the habit. I don’t know maybe that’s what Spartan does.

A few hours ago I ran a loop of LD. After a few minutes of listening my mood started to improve noticeably, this uplift in my mood kept on lingering until a few minutes after the loop was finished. After that I think reconciliation started to hit, I felt a bit down and was absent minded.

That I was absent minded only started to show when I was at the gym. For some reason I completely missed the receptionist when I entered the gym, I just walked past her, I only noticed her because she greeted me nicely. Besides that I miscalculated the weight that needed to be on the bar for 2 different exercises.

I’m 100% sure that me being absent minded is an (reconciliation) effect of LD, this is atypical for me, I’m fairly present normally.

So far reconciliation with Ultima seem to be a lot milder.

@Dmitry I forgot about Elixer. You are correct. Elixar Ultima and Rebirth Ultima? Wow!!!
People will have zero reason or excuse not to put in the effort to get over themselves and get shit done

Are Ultima subliminal’s to be runned solo or can they also be combined with each other?

They may be too powerful to run together. That being said, I’m running two together right now and they’re quite mentally taxing.

They may be too powerful to run together. That being said, I’m running two together right now and they’re quite mentally taxing.

I thought so because Beyond Limitless Ultima already is dramatically taxing. Now I do belief they’ll get easier to process and execute overtime.

I asked so because I love Sanguine, including it in my Custom would be helpful. Although @DarkPhilosopher mentioned that the Q-store module is scripted differently from the Ultima format and as a result will execute differently.

Perhaps if I use Sanguine U on the days where I do not use Beyond Limitless U they would have promising effects.

You could always run them on different days of the week. Say you have 4 you really want to use run 1 - 2 each day.

But I’m wondering If you did spread them out like that would that diminish their results over time? Or would you be able to see result from all of them constantly just to a less effect.

When it comes to running them together, I just don’t see it. Maybe I need LD.

To me, they are far more effective if you run one, enjoy the place it puts you in, then run another for its effects. Running them back to back wouldn’t have additive effects, parts would overwrite each other. Maybe not subconsciously, but at least the experience.

the only other one I would think of purchasing is the Beast Within and Beast Unleashed as I need something to get me to want to workout or get into the habit.

I never was able to get into the flow with Unleashed because it was not my style of music. But other people were. I did have a bit more endurance while listening.

If you don’t have them yet, I can at very least recommend Libertine, Legacy, As Above & So Below in that order, simply because the sound track and guided visualization are awesome and definitely something to practice with if you want to amp yourself up consciously. As well as something to practice visualizing with. Once memorized you can do them by yourself, but until then they are great.

Commander is also great but not easy to imagine. I’m gonna listen to Elixir today to see if it makes the list.

Dreams is nice, but could have used a few corrections in order to really carry you off. Which is too bad, since it is still the only one of its kind. I could probably do great things with a bit of NLP and possibly some ASMR.

But I’m wondering If you did spread them out like that would that diminish their results over time? Or would you be able to see result from all of them constantly just to a less effect.

For me, I can still feel Beyond Limitless a day after not using it, the effects become even more pronounced to be honest.

And yes, spreading them out will always have diminished results as input is output, and your energy (input) is being split into 4 different Ultima programs. I’m going to stick with Beyond Limitless U as my daily driver and use Sanguine U every now and then.

how would you say that Ultima 1A compares to Sanguine and Beyond Limitless?