Somewhat ironic, given the literal meaning of the word ‘stark’.

On a related note, for those unfamiliar with comic books, this may be the least descriptive program title in the Sub Club library. 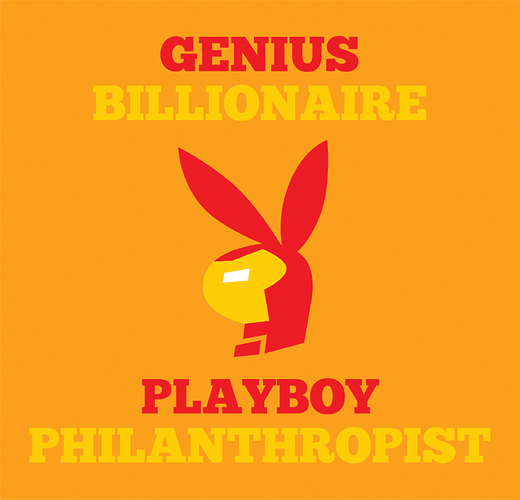 This was the album image I used back in September, for a G4+K4 playlist.

I’d like the Philanthropist script to be as strong as the other three.

What an excellent idea.

@ExploringAstronaut - my guess is that it will either be an Ultimate Subliminal taking everything from SubClub and adding more features to make the Everything Sub. Or it will be having modules where you choose what you want and it will be personalised to your specifications. A custom subliminal if you will.

We have heard unofficial reports of the new product STARK which will be hitting us soon. It is comprised of Emperor + Quantum Limitless Core + Daredevil + Primal Seduction: Iron Throne + EoG Core + PCC. In order to prepare for this unofficial release I am looking to recruit a hardcore team of testers for Stark. "The Dirty Dozen"So far we have Simon, BlackIce, Yard Bird, Raphael, WhiteTiger. Please share your thoughts and why you would make a good tester for SC and why you think SC is the be…

sooner than you think

I’m thinking it will be released on Saturday, but you said it’ll be sooner than I think … So how about Friday?

No way if they still ask for last requests.

Is deep trance identification used within the subliminal to model Tony Stark?

Is that possible within a subliminal?

I recall at some point deep trance identification being discussed with the idea that it might be incorporated into the subs.

I will sum up all the requests, combine all the subliminals that you have made plus that you will make and add everything that you can think of. Simple. Sorted. Anything else. Done.

It doesn’t work like that and when Q goes live, we’ll have to stop people from attempting to do something like this.

one sub to rule them all,
one site to find it,
one club to bring them all
and in enlightenment bind them.
– J.R.R. Fire

@SaintSovereign will STARK be available for purchase upon release or simply testing?

I remember this thread, but I thought it was more some sort of fanfiction

I’d like the Philanthropist script to be as strong as the other three.

What an excellent idea.

It’s really an effect of what STARK grew into as a character in the MCU.

We don’t really get to experience the Philanthropist side until Endgame though, where we have the final stage of Tony’s brillant character arc.

What I now see in Stark, and want in StarkQ, is the mature version:

Unlike Emperor who plays solo, and Khan who enjoys dominating more than leading, the mature STARK is a leader to teams.
Sure, he’s still the one in control, but he also brings out and leverages the best in others.

EOG comes close, but all combinations of stacks that I’ve tried are yet to make it to the true STARK I have in mind.

We all expect StarkQ to have Tony’s charisma, humor, inventiveness, etc. I’m only adding what I fear may get missed.
StarkQ should not be a variant of EmperorQ, but a whole different Archetype.

These core values should, in a sense be part of all subliminals since they are way more based in abundance mindset. You are someone who is adding to society and not taking from society. These mindset should

@Simon Like the idea of archetype, I never really explored these idea, are they related to MBTI personality type? Are you talking about jung’s archetypes?

Understand the real nature of realty.

Jesus, this is something super big. I didn’t know what StarkQ was and I’ve been trying to guess by reading the thread but this description is everything

! I feel like I may need this one, but I’m only a week or so in on Emperor/Limitless and Limit Destroyer. Need to use Beyond Limitless in the morning too.

Its like the wonka factory of mindset in this thread lol! I know we cant all be perfect, that said…

Its easy to feel discouraged from something if you’ve formed a disempowering stigma around it, especially in the early stages when your just learning. mastery requires you to come back to that same repetitive skill again and again to get better. The ability to come back to it with an emotionally clean slate everyday I think would make mastery of skills much faster and efficient.
My 2 cents.

I too am interested in a eta for this as well.