maybe too early to tell

But I do notice myself being even sexier so maybe its temptation at work there e;) I KNOW it works but I just can’t say how because I haven isolated it

Glad I put It in there tho - that was an amazing suggestion, thank you

Temptation is supposed to make you attractive (maximise your attractiveness) so yeah everything related to being sexually attractive is probably temptation working!

But Khan probably is the Granddaddy of Temptation in that regard

On a side-note, some staff here was giving me some shit. I decided to let it pass. There is a time after this period is over. I am also creating some methods of self-defence on the energetic/mental level. The other day something intuitively came to me about protecting my mind. Well, since last night this has been hardcore expanding. I don’t want to share more right now because will be testing it out more and probably creating some sort of content from it in form of a whole system of self-defence.

Also getting great at rising above it all.

So I do notice being much sexier

becoming an even more attractive man

I am more grounded, more powerful, more dominant for example. Also keeping to myself more which is probably creating even more curiosity around me (in my relationship), I do feel like I am also just better at flirting etc -> actually being more flirtatious in this relationship context which I love

then again, hard to say which part of the stack is doing this (of course my own work as well but I’m gonna be sure to give the stack credit where it’s due for what it’s doing in the background, I know it’s big).

anyways, this hit me on many levels. Many levels. Which I’ll be reflecting upon in private.

In conclusion: be a good man, be good, lead a just, moral life, and good things will come to you and it’ll be really hard for less than good things to weasel their way in because you are a good man.

When I was, Id’ say, targeted by some predators I was still pretty much a child. But i’s okay, probably helped me grow.

I also forgave them all the other day, because I know sending forgiveness and moving on is the best thing for me as well, rather than even wishing them anything less than good.

Also was victimised by adults when I was a school kid at some point. Forgave them, as well. I thought I had done in in the past, but after some shit happened it’s like it came back. It’s like once you’re naive it’s much easier to forgive and when you are hurt again and have new realisations you have to deal with it again, maybe, this was my experience

but anyway, now I forgave from a much more… knowing place .With full knowledge of what that shit did to me (I think) and really took a few good minutes (normally things take a minute or two), I mean this took like 20 maybe? haha, and I almost sent bad shitt heir way, and then changed it again to forgiveness.

maybe this has to do with temptation

on StarkQ I felt like sharing things more, but with this unique combo I feel like keeping to myself and I can imagine it creates a lot of mystery

Well, it might very well be, if somewhere in your subQ you think being mysterious is more attractive than being talkative, temptation will guide you toward being that attractive version of yourself

This is what I’ve noticed from the temptation module as well, in my custom.
I believe it is in Khan.

Dealt with reconciliation a few hours this mornin

it was beautiful as the sun shone on my face as I laid in bed working on a solution. The way I handled the problem was also very good, looking for solutions rather than problems

next to very useful things in the journal so if someone scrolls through they can benefit from these.

Another tip: Feel your pain (and all emotions) fully!

Forgave them, as well.

Can understand this. I felt the same during my run of Elixir Ultima and RegenerationQ. Forgiveness heals.

Some believe in always getting even, but really think of what it does to you, the time and energy you waste, and what you become.

Exactly. What a wonderful thing to have you here commenting on my journal with your beautiful and insightful words and amazing vibes. Thank you!

What are the 2 customs you are running comprised of?

This is all in there 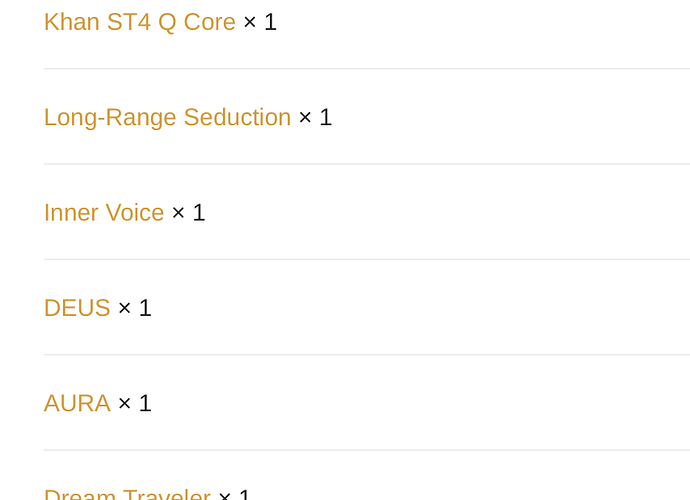 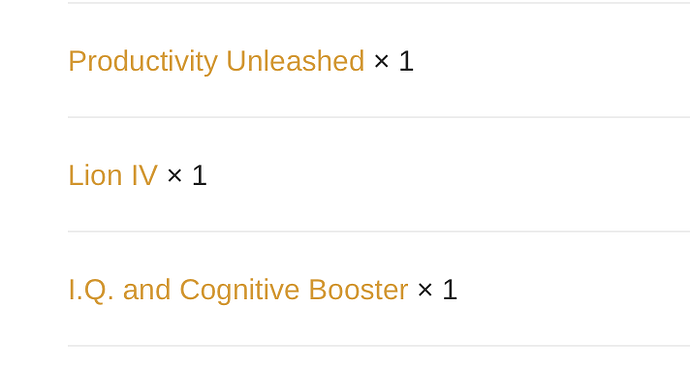 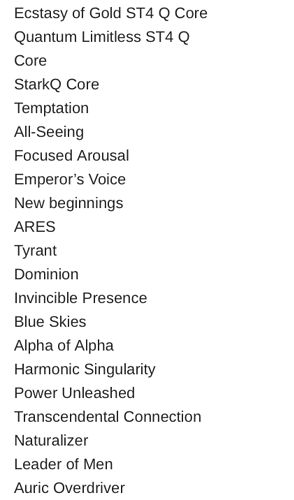 Realizing I am going between doubt and trust

Found myself reassessing my values today also deeply and easily found them and put em in order.

I am proud of myself

I feel like I am processing. A LOT of things

Niiiice. Should do this for longer.

Mind’s Eye has been added

I had a dream which basically explains why we have reconciliation

The main cause is fear.

I won’t get into the dream. But it is eye opening for me and I hope it will be for you too.

The main reason we feel reconciliation is fears of all sorts. I am going to take care of this. Btw, “what if I am getting no results” is an example of fear.

Unconscious is very much like a 9 year old kid. Must help it relax. Live in love or whatever, never fear.