Well I just bought Emperor and I am looking forward to what is in store. I am not new to subliminals, I was using another competitors subliminals but the prices were rising and I felt the that the products were not living up to justify the prices hikes. So, I googled looking for something else when I stumbled upon this site and I was looking at what was being offered. I could not believe what value was being offered at such low prices.

What I am hoping to achieve with this program is to generate money, get rid of my debt, have more women in my life and just to live life on my terms. 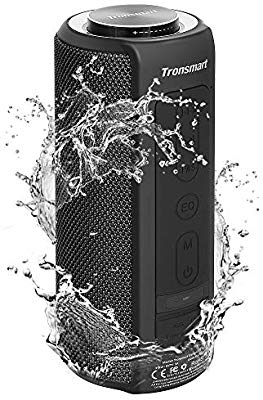 Hello spiritman and welcome to the show.
There are a few other Emperor-Journals around (including mine) so dont hesistate to post your experience/questions.

Good luck on your journey! Remember to ask questions when you need to.

On a side-note, if you listen to Emperor underwater with your speaker, it won’t sound like mermaids singing.

You tried that too?

Thanks to everyone for your support and welcoming me to the group. I don’t have much to report on at the moment. However, when I woke up this morning, something told me to go back and read the Art of War and The Prince. I read those books about ten years ago, I did not understand them back. So now I am going to go back and read them. Actually I am not going to have to read them, I have both books on audio so they will be read to me. I find it more easier when a book is on audio, it helps me visualize it my mind.

The Art of War & The Prince? You sure don’t pick the easy ones, do you? Holy crap! You may just end up an actual emperor. Do they still have those?

Yeah I know when I first read both of those books I had no idea what the heck they were talking about. But I have read those two books a few times which was ten years ago. So, now I think I will get a better understanding since the last time I have read them. Yes, the Art of War is a hot seller on Amazon, but the Prince not such much. Probably do to the fact that the Art of War is more well known than the Prince.

Day 3 I ran Emperor for 8 hours while I slept. The job I currently have has been going down hill for awhile, it is a very toxic environment. I have put in 15 years, which is the longest I have held a job. But, lately the way I am being treated and taking advantage of, I think it is time for career change. This is one of the main reasons why I went with Emperor, I want to take back my power and control of my life. I want to live life on my terms and live life the way I want.

I plan on sticking with Emperor for probably two months, then evaluate the progress I made, then if I am satisfied with the results I have made. Then I will move on to Khan. Emperor was not my first choice to run, Khan was. But I wanted to read peoples experiences with it before I take the plunge, which I am glad I did. I don’t think that I could have handle Khan right now, I wanted to build a solid foundation first then build from that, which I think Khan will do just that.

A very wise choice. The first time you use one of those subs you will probably be as lazy and unproductive like never before haha

I am feeling very irritated about my life right now. The main issue is my current employment, I honestly am done trading time for money. I want to create Multiple Sources Of Income, I have no idea how to do that but I am going to find a way to do it. I have been having a lot of dreams but don’t remember them, only bits and pieces. But the one thing that I am feeling while running this sub, is that there need to be a change.

That change is my current employment it needs to go, so now I am going to put all my focus on how to find something else. Which is more fulfilling, something that will bring me more satisfaction, and feel like I actually accomplished.

The feeling of needing to make this change is the strongest I have felt. I have had this feeling for a while but Emperor is bringing the feeling to where a change has to happen.

Emperor has always been a personal favourite of mine as it got me through the difficult times in my life. Sort of like a first love

. Emperor can be harsh at times but stick with it for a couple of months and you will reap the benefits.

Thanks Blackadder for your input. I plan on going two months and than see where I am at. I have only been using this program for a week so, I need to go for at least a month and a half to two months to see results.

I think I am starting to see and feel the effects of this program. I can’t explain what it is but I definitely feel like eternal changes are taking place. One thing that I have been noticing is that I am feeling energy near my groin area, that started happening about two days ago. It is not uncomfortable but it is interesting, I did not start feeling that energy in that area until I have started running this program.

About a week ago my employer posted the schedule which I noticed that they changed my day off. So, I talked to the person who does the schedule, I asked why you changed my day off without asking me first? They gave me some lame excuse and said they could change it back. I basically told that person don’t bother, because you will just do this again in the future. At that point I just walked away, being pissed that they don’t have the common decency to at least ask me before they make changes. Or at least give me a heads up that they’re going to make this change.

Well fast forward a week later, I was doing my job when the person who does the schedule asked me if I wanted to take a week off. Which I said I agreed to, hower I know why they are wanting to give me time off. The main reason is because they know they were in the wrong but won’t admit, so instead of owning up to their mistake, they pull this. They have done this a few times over the years, quite frankly I am getting tired of being taken advantage of and being bullied and targeted.

I am having a lot of dreams lately but not able to remember. The first week of October which will be the 6th, I will be taking a whole week off. So, I will be able to run Emperor a lot more than I have been.

Well remember when I talked about my day off being moved to a different day? Well, the new schedule came out and they gave me back my day off. Plus, not only that I was suppose to work today, I showed up to work thirty minutes early. Before I was suppose to clock in the boss asks me if I would like to go home, which I happily agreed too! So, now I have eights left before I start my eight days off.

I am wondering if the results I am getting right are a direct result of me listening to the program?

How do you feel is the right answer for that?

After all, you know your own life better than anyone.

Well I think the subliminal hit on something, I am breaking out in a sweat so I take that as a clue to lay off for 24 hours.

I just bought Power Can Corrupt so I will be running that and Emperor for a while to see what results I get.

Day 25 I have been listening to Emperor and I added PCC. I have 8 days off so, I have been listening to both subs almost non stop. I finished the book “Art Of War” now I am reading “The Prince” after this book I am going to read again the book called “Titan.” Which the book is the life of John D Rockefeller, I have read it 3 times, actually I didn’t read it. I have the book on audio which brings the book to life. If you have not read “Titan” I highly recommend it!

In regards, to the subliminals, I feeling like it is time to do something with my life, no more trading time for money. So, now I am working on figuring on what I want to do with the rest of my life. At the moment I just feel stuck, don’t know what to. I feel like the subliminals are pushing to find a solution to my problem of feeling stuck.

So, I might just go one more month with Emperor and PCC, to see what results I get, I feel like I am on verge of finding the solution to my problem.