I find Lynch very charming, though I have done a fair bit of mantra meditation and I don’t think TM does anything different from that. 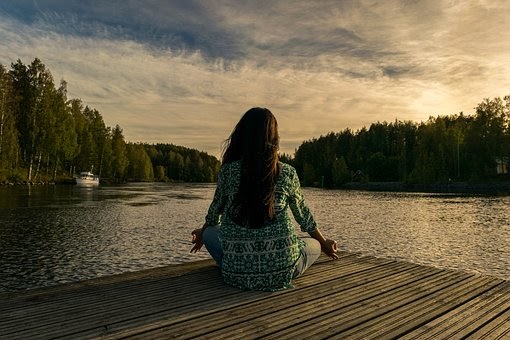 There is also a critical movie about this movement - “David wants to fly”. 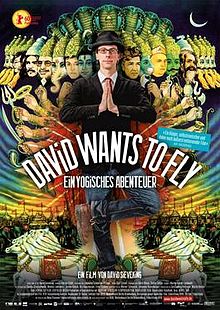 David Wants to Fly is a 2010 German documentary film that follows its director, Berlin-based, film school graduate David Sieveking, as he interacts with his film hero David Lynch, and explores the Transcendental Meditation movement. The film chronicles a period of time in Sieveking's life that includes his off-and-on relationship with his girlfriend as well as his travels to the United States, Holland and India. The film has received awards and honorable mentions as well as criticism. After grad...

Yes. They charge a lot of money to teach what is pretty standard mantra meditation.

I am not a practitioner but live close to one of its main centers in the midwestern US. TM has run a university in that town since the early 1970s and it has been positively transformed.

I have a friend/mentor who learned TM in the early 1970s, still practices and swears by it. He says it has gotten him through a lot of rough stuff in his life. He would say that the whole process of paying and working with the teacher is essentiall to the process.

I respect him, but not having gone through the TM teaching process, it does seem like a bit of a scam to me. He says, “no”, that it is not a scam. I do not want to pay the money for the process, though.

I did go to a weekend long conference led by Lynch where all he would talk about was TM. People would ask him about film and he would always bring the subject back to TM.

Had an aunt who swears by it. She had the whole family do it, even had my parents attend a class during the 80’s.
Even had me chanting. But for me, as a kid who used to do it, it was just an excuse to add extra 20 minutes of sleep, as I usually did it upon waking up. But just fell asleep after a few minutes of chanting.

I believe meditation is beneficial, including mantra meditation. Do I believe the TM people have a worthwhile method? Yes. Is it somehow special amongst meditation techniques? I do not believe so.

I believe meditation is beneficial, including mantra meditation. Do I believe the TM people have a worthwhile method? Yes. Is it somehow special amongst meditation techniques? I do not believe so.

I agree with you on that. Meditation, of any kind is beneficial. However, to spend ridiculous amounts just to “learn” that kind of meditation is just beyond me.

I do not believe in that, either, especially to learn something as simple as mantra meditation. I have been using a mantra to Ganesha for years and don’t even recall from what book I originally learned.

I have read a couple of books by Thomas Ashley Farrand, but it would be easy to acquire any information one might need for free on the internet.

My whole point was that I think the Maharishi approach is sound. It is simply basic mantra meditation.

And I totally agree with you.

Which mantra is David Lynch referring to in this video?

I don’t consider myself in deep with mantra meditation, but there are 4 or 5 of them that I’ve used a lot over time.

One cool story I have is that I was practicing with the mantra of Usnisa-Sitatapatra, who I think is called the Umbrella Buddha. She protects from all kinds of negative forces. The mantra goes Namo Sarvatathagatosnisasitatapatre om phat om mama om ni svaha. The interesting part is that I was having a ‘nightmare’ at one point in which there was some sort of malevolent force and I found that I used it in my dream. Found that fun.

Another mahayana mantra I’ve used has been that of Cundi Bodhisattva, called the Cundi Dharani. I see that someone’s created a wikipedia entry for it now.

I created a musical version of it that I could just play on repeat.

From a ‘scientific’ standpoint, the principle is simple: Sustained attention on a non-threatening, repetitive stimulus will stimulate parasympathetic neural activity. Relaxation states will naturally arise. These can be further refined into relatively stable states of relaxed concentration, and those can be beneficial in many ways.

The truth is that a person could repeat the word ‘toilet’ over and over again and they would derive some of that benefit.

On the other hand, various traditions have their notions of sacred syllables. These they say can act as a kind of healing or developmental technology and open up various of our capacities. I don’t know (or care very much) right now. But if I find one that benefits me, I’m sure I’ll care a lot. There are specific sounds that are said to nurture particular organ systems as well. Ayurvedic and Chinese medicines (and Tibetan, I think) make use of these.

So, repetitive chanting generates healing relaxation states. Bringing in beneficial meanings (peace, love, whole, one) adds in healing and integration on the semantic level. Finally, on the esoteric level, particular sounds and syllables may have special effects on our system; or they may open us up to particular energies in the collective unconscious, or beyond.

So, the beat goes on…