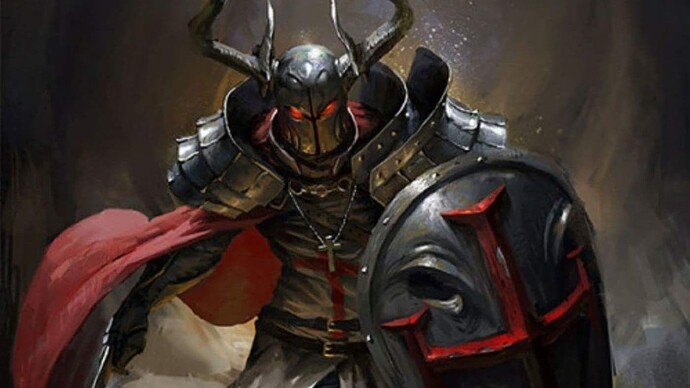 After running Dragon Reborn Stage 1 for two cycles and Mogul for four cycles I’ll be running DR till the end (2 cycles per stage) and Emperor. I decided to run Emperor since I need to strengthen my masculine core and keep going with the programming Mogul offers (as Moguls is a part of Emperor). On top of that, I need a cognitive boost Emepror offers too. At some point, when running Mogul I felt it was the right time to take my programming to the next level so here we go.

I need to strengthen my masculine core

What is your masculine core?

Day 2
I had a lot of healing and reframing dreams last night… like plenty.

When I was at the post office one of the employees (female, of course) came and stood next to me checking something in the post office boxes and exposing her ass (ass dance) and her arms to me by lowering her blouse. She must have seen me sitting there on the camera and then she came. I can tell that the desired process I expect of Emperor has started developing. Cool.

How do you shape your desired process? Personally, I use my manifestation journal and write down things that are related to my stack in my daily list.

How do you shape your desired process?

I just let it flow.

Day 3
Emperor is strengthening my masculine core nicely. My boundaries are more pronounced and I’m more determined to set them when dealing with people. I do it in a polite and calm way without losing my temper and scolding them. It works like a charm.

My boundaries are more pronounced and I’m more determined to set them when dealing with people. I do it in a polite and calm way without losing my temper and scolding them.

Emperor ZP is a wonderful little thing, isn’t it?

Yeah, and it does it for you without any turbulence (at least so far), just like a ninja - silent and deadly effective. I’m curious how it unfolds later on since I’ve been on it for four days only.

Day 6
Dragon and Emperor are getting deep inside my core where my shadow dwells waiting till it gets reborn as NEW Alexander. The feeling of subliminal reincarnation is really profound… it feels like the first dawn in my entire life, like a never meant to be granted blessing for a fallen angel who was meant to be broken, cursed, rapped, scorned, and forsaken for the whole eternity. I feel so dark and twisted yet in perfect harmony. My old superego is falling apart gradually making space for the demon I’ve always been but never dared to… unleash. I suppose that the healing DR offers improved the profundity of this totally inner experience. It’s a dark ecstasy I could dwell in forever if I didn’t feel it was only the first step to… GLORY. Sitting among the gods and feasting.

My old superego is falling apart gradually making space for the demon I’ve always been but never dared to… unleash.

There is a certain liberation that takes place when you finally come to terms with your own shadow self and can embrace all those aspects without judgement. It releases a previously locked up source of great internal power - a blessing and privilege bestowed upon only a handful few.

What was it Jung said… “No tree, it is said, can grow to heaven unless its roots reach down to hell.”

And why aspire to be a mere meek hero, when you can become one of the greatest monsters ever to have roamed this Earth?

There is a certain liberation that takes place when you finally come to terms with your own shadow self and can embrace all those aspects without judgement. It releases a previously locked up source of great internal power

That’s exactly what’s happening. I asked many moths ago for a program that could help you deal with your shadow and it seems to me Emperor comes into play nicely in that regard. Of course, DR is doing its job great too. I’ve been having lots of dreams recently and around 1/4 of them were “healing” dreams.

Apart from that there’s that reflection upon all that internal metamorphosis going on: Hell, it looks like now I need to clean up the mess the guy I was made.

around 1/4 of them were “healing” dreams.

What makes a dream a healing dream?

Day 7
The healing process is getting gradually stronger and deeper reshaping my inner world. The recon is slight and easily manageable although I expect it to get stronger down the road.

Some old negative habits are reemerging as if it was their last cry before they get wiped out. I’m pretty excited about what happens next.

Day 8
I’ve got a bit lazy recently losing all the drive Mogul used to give me. I experienced something similar when I was doing healing on DR one year ago. It seems to me that the healing has overtaken the manifestation potential of Emperor yet it strengthened all the internal changes it offers.
The procrastination I’m experiencing can be shrugged off at will anytime but I’m indulging in it a bit since when it comes to my business waiting is the main factor now. There’s still some work to do but it’s just not urgent so… I just am.

I’ve got a bit lazy recently losing all the drive Mogul used to give me.

I found this happened to me as well. I solved it by alternating mogul and emperor. Emperor just doesnt give that same push, but it does synergize well with mogul’s push to make it a bit more integrated.

With mogul and emperor combined, the push from mogul feels like what a seasoned king would do when he works hard… its extremely hard work, with rest and enjoyment at the end of it.

Mogul, which is designed to help you start to build wealth pathways, gives you the hustle of a start up entrepreneur… unending hustle 16 hours a day for weeks and months on end until you achieve your goal.

Pure emperor gives you the mindset of an emperor. Yes, you CAN hustle. But why hustle when you can lead, delegate, and negotiate.

You’ll get the best of both worlds

It happened to me (getting “lazy”) around four weeks ago when I was still on Mogul. I think it stemmed from being overworked and finally getting to the point where really hard work was not required anymore. I needed to take a break and I did take it but it occurred to be more needed than expected. Now I can take it all easy and just keep going working much less than before. Mogul was really intense and insane when it comes to working toward getting rich and Emperor seems to “understand” that working hard is not the most important factor anymore. I don’t think it’s only the healing that stopped me, it’s a feeling and knowing that it’s no longer necessary.

I love Mogul but it’s no longer necessary when it comes to building my “empire”, now I need to get… STRONG.

Emperor has changed my voice and now it’s more bass (masculine) than ever and that was confirmed by my sis’s tenant who told me that today. Cool

True. But if you stick with Mogul, the intense work ethic comes back in a more integrated way. Not like you’re always working all the time… but certainly your work ethic improves over baseline.

Also commander ZP is supposed to be very good for productivity. Havent tested that one out yet.

I felt the same way. Eventually it becomes about making more powerful decisions.

Day 9
My sister’s tenant said he thought I had been hoarse but he realized I was not and said my voice had got more “bass” (deeper). I don’t know if it has been Dragon and Emperor that did it to me but it doesn’t really matter since I like it a lot.

What revelations have you had now that you’ve seen the updated objectives for enperor and DR?

What revelations have you had now that you’ve seen the updated objectives for emperor and DR?

There are plenty of minor changes but the two biggest are displaying tons of positive energy and having a “positive” mindset and attitude that are unshakable and unbreakable. Something like being a saint stoic. The other thing is that it seems to me that lots of societal programming have got dissolved along with some physiological and psychological tensions within my body and mind. On the other hand, I feel that there’s still some work that must be done when it comes to DR St 2 healing. It’s Day 10 only so there’s plenty of emotional healing ahead and that’s what I need most regarding DR.

I would forget about one more awesome thing, I’ve never been so expressive and natural when it comes to my body language and “general” aura. I’m like a little glow whilst in the past, I used to be really stiff and “contracted” internally and there was a lot of tension in my body and mind. It’s done, I am free.