Tomorrow I will start my new custom, stacked with Spartan.

The main reason for this stack is enjoying life a lot more. Freedom, Self Love, Health and Happiness.

Edit: since July 27 Im stacking my custom with True Sell and LBH. 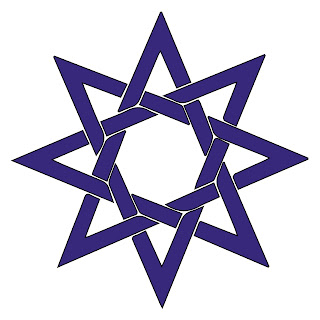 For real tho, intrigued on this journal. I was planning on updating my MorningStarQv2 custom to a Chosen/Stark one.

Hey @Brandon, I knew Ive read the name Morning Star somewhere over the forum, but I couldnt remember where or what was it all about.

In my case is a direct relationship with planet Venus, with this custom its all about Self Love, in the near future I will build a Wanted/Heartsong one… so its all about Love for me in this chapter of my life, love being the driving force for everything else.

I was planning on updating my MorningStarQv2 custom to a Chosen/Stark one.

Now thats quite an interesting synchronicity right there! It makes me remember another synchronicity I experienced soon after ZP was released, with @Lion.

Without talking to eachother we both got interested in near death experiences at the same time and watched the exact same video in youtube with like a 2 day difference, without anyone recommending that particular video nor NDE.

Ive just listened my Chosen/Stark custom and Im midway through Spartan. Its pretty early in the morning and its still dark outside, so Im gonna do one of my favorite subliminal activities… fall asleep immediately after listening to have some cool integration dreams.

After finishing my first loop I felt empty, not in a bad way, but exactly the opposite… Very light and peaceful, like everything that was holding me down was swiftly removed.

Then I fell asleep and had the weirdest dream, I cant even begin to explain it, so I wont even try.
It was me removing old things from a house to throw them down and putting the useful things in suitcases in the car. I WAS GOING BACK HOME.

well I guess I was able to explain it pretty easily…

Anyway before I listened to my loop I had a dream about an ex girlfriend thats been a lot in my mind lately.
The dream had many layers and different parts, but the main one was that I was gettng out from a Karate class, I had an orange belt, somehow many students did too, there was a lot of orange. Right next to the school there was a church, a lot of people were outside, there was a wedding going on.

She was outside dressed as the bride with flowers in her hands and a photographer. She saw me and said hi, I went there and we talked… then we began kissing.

After the kiss she wasnt dressed as a bride anymore, but with a black dress with flowers on it, a dress she had irl and she was inviting me to a wedding, we kisseed againg and things began to get a little heated.

I told her I have a girlfriend so this was weird, she didnt seem to care. Then the dream morphed into something different.

My custom is something quite special… the levels of feeling good is giving me are amazing.

I feel so light, happy and filled with positivity, its awesome.

At some point when I woke up after my loops I was semi asleep and had this image of me all crooked, bended and stiff… and I began to move my body (the mind representation of my body) loosening it, relaxing it and releasing it… at the same time I felt waves of pleasure running through my whole body.

When I was finished I felt asleep again.

I wasnt supposed to exercise today, but in the morning I couldnt resist myself, so I did a quick 15 minutes jumping the rope, to work on my cardio.
The thing is when I was exercising I was totally focused and waves of pleasure were running through my body.
I could have easily done a 1 hour practice, but thats tomorrow.

more in a funny, optimistic kind of way… I found myself singing inside my head a lot.

Those are the more specific… besides that a lot of feel good and a powerful aura sorrounding me.
At about 17:00 I began to feel a bit tired, like if I burned my batteries… now Im in bed tired, but very relaxed.

Today was my first full Kick Boxing practice since I got the flu 2 weeks ago.

I was kind of tired mid way, which of course wasnt a surprise, what was a surprise was that I found myself describing the practice in my head using sexual analogies and metaphors.

Ive always used sexual metaphors to describe food and alcohol, but stopped some months ago, about the same time I started Spartan, doing exercise and eating healthy. It just happened I didnt even thought about that at the time.

It was surprising for me to use this kind of language, because Ive always used combative/conflictive analogies to describe physical activities in general. Today I became aware that something happened inside, its reflected in my language and metaphors… those came out unconsciously and are a sign of change.

Lets see how this evolves during the next cycle.

This is most likely an effect of my Chosen/Stark Custom.

I went out in the morning to do some paper work I needed to get done. I notice myself staring at a woman that is not my type at all, but she exuded sexuality… I was getting aroused and my Sexual Energy was bubbling inside.
What was very interesting is that I didnt get that feeling with other women that were more attractive, according to my standards.

I am able to tap and connect with the sexual energy of a woman and read it, way more easily than before.
I am way more confortable about feeling sexual than I used too. It doesnt mean anything.

Anyway last night I did my weekly loop of Ascension Chamber.

Can vouch for this. Inner Voice is extreme positive self-talk and very encouraging, refusing to give up on you.

Inner Voice is extreme positive self-talk and very encouraging, refusing to give up on you.

I remember including Inner Voice im a custom back in the Q days… but didnt really use it a lot, cant remember why. So this feels like a first time and I like it a lot.

You have a very beautiful custom, nice modules. Chosen with gratitude, inner voice and depths of love. That sounds intense. Enjoy it and thanks for reporting on the module experiences.

You have a very beautiful custom, nice modules

Thank you!! It is beautiful… that was an inspiration for building it, beauty, love, positivity and freedom.

I think I will take some inspiration for a future custom… Thanks again, I really like it!

I think I will take some inspiration for a future custom…

Go ahead and enjoy!

Btw… Im radiating strong positivity, so powerful Im at the verge of tears.
I want to listen to deep, meaningful music.

Currently listening to my custom and RICH…

This is my schedule:

Day 1 its supposed to be monday, so I rest on the weekends, but I started on sunday, so to synchronize my schedule Im gonna rest from friday till sunday, a 3 day rest.

I had a very interesting dream last night, right before waking up as usual.

I was walking in nature and felt interested in going up a hill, the entrance of the hill was like a natural doorway made out of different plants. When I entered I discovered a very wide place with a huge tree in the middle, thats where I decided to eat some mushrooms.

After I ate the mushrooms everything became made out of multicolored fractals, very beautiful. I became overwhelmed by the beauty of reality and had an understanding that I have reached Nirvana.

A while later when the effects were subsiding I understood something really revealing… I dont need mushrooms or any other substance to achieve that state I only need to attune the frequency of my mind to the one of Nirvana… suddenly a big knob appeared next to me, similar to a volume/tunner of and old Amp.
When I dial it I could quickly go into Nirvana and everything became fractal and beauty revealed itself to me in everything.