So I had this [email protected]&$!&* Idiot block me in from getting into my gas station the other day. Not fueling up at all since the time I got there. For twenty minutes they blocked me. Typical beta male behavior right there!

Yeah that’s right I went beast mode on that beta male thanks to “Emperor”!

No I didn’t drag their front end into the street like I fantasized. They pulled out their phone to video tape me I’m not sure why. So I took out my big ass iPad and video taped them and told them that they can take as long as they want because they’re misery is actually increasing my paycheck. So I got back in my truck and watched funny shit on my phone. 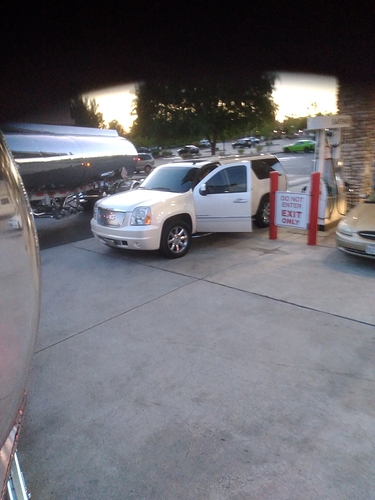 Really not sure what the purpose of this thread is.

Shouldn’t an Emperor be reserved and give no f*ck?

No an emperor deals with shit and doesn’t let anybody get in his way of him or his goals. Yes you don’t give no f&+*'s. You stand up and assert your power as you will and wish. You get up and say whatever you want to who ever you want without any fear or intimidation. You walk into a room and address everybody without any hesitation. You let the people feel your power. That’s what emperor is doing for me at least!

I noticed some results from the subs and felt like sharing it. That’s all the purpose was.

No need to argue semantics here, no 2 Emperors are exactly the same. Thank you @lowrider for sharing with us and if the guy knew, I’m sure he would be very grateful you didn’t go Jason Statham on him, with that fuel truck in the background.

Since you both agree on one thing, let me leave you with a little NSFW jingle.

PS. You should consider starting a journal, that way we would all see this as part of your journey to Emperorhood and compliment you on it.

I say this with all due respect, I’m not trying to assert my values onto you but I’d like to share them as something just to potentially consider.

I don’t know the scripting of Emperor too well, but when I was on it I did notice I more so did not care too much. Think of the great emperor’s who were also philosophers, such as Marcus Aurelius. Of course, his philosophy was stoicism, and so in that situation he would simply not care. And he was an emperor.

I think the idea of “beta male” and “alpha male” is more so (once again referencing the “all due respect” part) of an idea mostly beta males buy into.

The “alpha” is not a man who acts brashly, on pure instinct alone. The alpha may have a primal essence within himself that is more expressive, but he does not allow himself to descend into the conscious awareness of a beast.

Now “alphas” who are beta males in disguise will act brashly, on pure instinct alone. They allow their ego’s to get the better of them. IE- beta male behavior.

Now clearly you didn’t go ham on them, but you were in a state of reaction. The environment, the situation, the context controlled your behavior.

The fact that you did express such behavior is a fantastic sign, especially if you were too shy or “in your bubble” to allow these feelings to express themselves.

But not all feelings are in your best interest. Emotion, when allowed, likes to hijack your being like a parasite and make you act in congruence to it.

I’m sure you’re doing great, but I’d like you to ask yourself what your true values are. Is your ideal for yourself to be in reaction to people and the environment? If so all power to you. If not, perhaps one of your true values is to choose your reaction so you are the ruler of your being, not being ruled by other influences.

I bring this up just to ensure you know what you want. If you do want to be this instinctive emperor, awesome dude. But if part of you actually wants to be an emperor who is in control of his actions, and thus his reality, I would ask you to reconsider if this is an achievement or not. 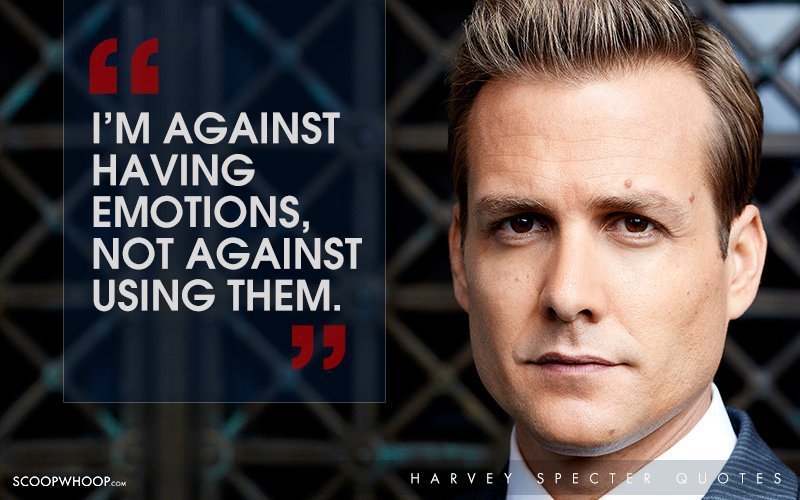 @lowrider didn’t lose his cool. He was having fun, and playing with them.
Nothing needy or beta about that.

Gentlemen, no gatekeeping. We’re all walking our own paths and there there’s no “right” or “wrong” way to be “alpha.” Let him vent if he wants to vent, and if we want to debate on the merits of being alpha, do it in The Emperor’s Lounge, not his personal journal.

Thanks for all your advice and opinions guys

Well just with the last week my job gave me a brand-new truck to drive and they wanted me to drive it even though I’m the newest to the company and have less experience than other guys. I got a small bonus as well. Also people keep flocking to me I dunno why. Can I say this is all emperor working!

That video is so bad to watch when you’re sexually charged.
“My attention knows how to come inside of me.”
Did she have to use the words come inside that many times?

Or the launch mechanism.

It is a funny feeling though, staring outward while your intention is inward. It’s a strange feeling of detachment and curiosity. You look at things but your mind isn’t telling you what those things are, so they’re just shapes.

That’s cool. I will definitely be running alchemist next.

This last week has been freaking insane on all levels. One guy who looked like a crackhead tried to attack me with a tire iron at a traffic light all because I didn’t go after he honked at me four times at a red light!. I fucked his car up in self defense and punctured his tire. He drove his car on the side walk to try to catched up to me and ran it into the electrical box. This was about a 10 min ordeal in traffic.

I think people are sensing my aura and it’s causing reactions both good and bad. Haters are really hating and good people are increasing their respect for me. Just another chapter of my life I guess.

You know, today I’m feeling like you do. I don’t know what’s causing it, but I’ve been nothing but argumentative today. Even AMASH had the displeasure of getting some of it, although I did my best to filter myself as I’d like to keep him in my circle of friends.

On another forum I got into this heated discussion about genders. I though I don’t think I’ve ever met a woman so convinced that there is no such thing as a masculine/feminine energy and dynamic, it’s just different ways of thinking. No matter how much scientific proof there is that the genders are most definitely wired differently. It felt like an atheist and a Christian talking about the origin of humanity. They’d keep going until one of them was proven right about the End of Days.

I had to stop, I had to get out of there. The frustration was causing me to spin out of control. I have very little control over my emotional state today. The feeling frightens me. I never lose control.

Even AMASH had the displeasure of getting some of it, although I did my best to filter myself as I’d like to keep him in my circle of friends.

No worries my friend. It’s all part of the initiation into the new better you

Well, since women love to have the final word, I let her have it just to drive my point home.

I had to remove every toxic person from my life. That included family relatives anyone that was detrimental to my success or resilience as a person. Started asserting my boundaries and crushed through anybody that would make an attempt to cross them. It’s pathetic when there’s family involved because they should be the last ones to do that to you. They should not try to control your life and decisions and cause mischief. But when you have been that pushover your whole life due to your fucked up childhood and finally start to assert yourself there can be great opposition to them losing their hand in controlling your affairs. Well I am rocking that fucking boat. I am the captain of my ship and I sail it in whichever direction I choose. Those who oppose me will drown! I will not give up and I love confronting opposition. I’m like that locked up primate who finally broke of his shackles and is ready to dominate this shit! I am a changed man!