A ZP journey, from Melior

As I’m kind of tired to create a new journal for each stack, here it is, a journal just for the ZP event I live through. Simple and tidy.

Congratulations anyways for the first manifestation with ZP

Day 2 :
Looks like such a little things but it feels great

got my first cheek kiss from a female (because we say hi like that here) since the start of the freakin’ coronavirus
What was normal back then now feel special as f*ck, I really don’t like that fact, but I still enjoy it a lot (the action of the cheek kissing)

Ps : a detail escaped my mind but it’s quite relevent, I’m the only one who got that privilege, nobody else got that little sweat things that brighten your day ahahahaha

And yeah it felt exactly like that to start the processus, I thought about the smell and the taste, I litteraly lived the pizza beforehand

Well I just know that I’ll get so much greater things, that pizza was a great start for sure.
But man knowing that my sin of glutony is overtaking any other desire if I’m 1% not full enough is really weird.

Like I’m a guy who likes to think is more a pride and luxury guy(appart from the spiritual stuff) and feel like it most of the time, so you understand the disapointment after eating that so prized pizza.

When you know you’re going to put life on easy mode and have so many things to say, that pizza stuff will become a joke to me ahahahah

When you know you’re going to put life on easy mode and have so many things to say, that pizza stuff will become a joke to me ahahahah

I swear there is something besides pizza

the disapointment after eating that so prized pizza.

Embrace the power of the pizza
And shout cowabunga! 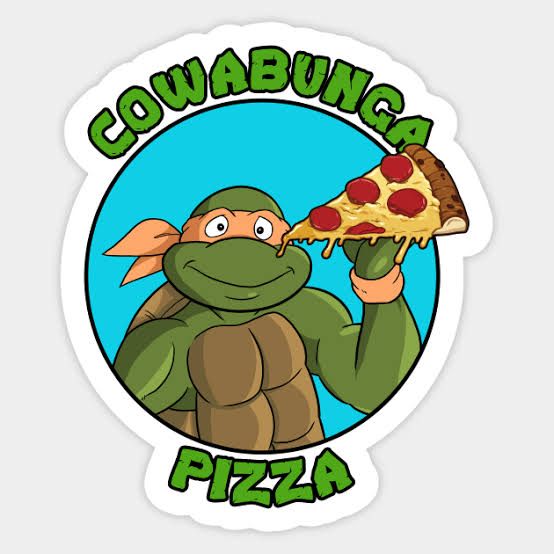 I swear there is something besides pizza

Hahaha you’ll soon get to a point where everything in life is as easy as getting a free pizza man. A million dollars will feel just like a pizza in no time

Tommorrow I’ll try to listen to my loops just right before sleep, We’ll see how it goes

Day 3 (before listening to my loops at night) :

Well what a weird coincidence eh…
Like the same girl that yesterday had that cheek kissing action to say hello
Well today we were dressed the same, like our pants had both the same design (not a regular one, the patterns we’re quite original) and we had a same color sweat

hum…suspicious, feels like ZP but why am I getting the weird manifestations ones ahahaaha

Also I was really valued at my traineeship today so it felt great, plus people really have an easy time to make small jokes or to interact with me, like it’s natural even tho I don’t really know them.
Maybe I’m the easy contact guy if I’m the common denominator eheh !

Looks a lot like a confirmation that ZP just go undercover and do so many little things leading to those strange manifestations, that an unfocused eye might look as randomness

Like common, after 3 days of weird “coincidence” that pile up it’s not a coincidence, it’s manifestation
Even more so if it’s leveling up on the same person

“Pizzasong: manifest your perfect pizza” when?

“Pizzasong: manifest your perfect pizza” when?

Well I really didn’t expect that
But my dream was a mix of OMG that’s awesome, that’s exactly what I want to incarnate irl what a vivid experience and another part of OMG that’s a fever dream please nooo that’s digging into stuff I don’t like ahhhhh, I feel baaad.

“Felt like” that’s the word I ain’t stopping I’ve already faced such time with spiritual practice, I knew if I’d give myself more time, those thoughts & feelings would go by themself and I would regret acting on those thoughts

But for the cool part, like damn that was a hella of a dream, like I wish it’d be real, I was getting what I want while being charismatic and somewhat of “an alpha” (I don’t know how to say that in other words).
In a few words it was just some sexy time, but damn did it felt real.

Also before actually sleeping I got some little energyshot into my body like when I listen to Astral Projection X but in way less strong manner, it’s still super cool nonetheless, I thought that I wouldn’t be able to sleep, wasn’t so hard after all weirdly.

Damn those subs are gold
even when I had dream related to subs previously, it was like on a schale to 1/10 - 4 and now more around to 8 (On a scale where the dreams looks like it’s just right of the script sub)

PS : I dreamed at some point of little chicks running in groups some were different color from the usual yellow, was so cute

so this another cool effect I just had today from ZP
More people that usually don’t wish me a Happy Bday at all since years, are suddenly making my day even better even if that’s just short messages

Plus tonight I’ll have the wonderfull gift of a super loop of diamond + wanted ZP isn’t it a perfect day !

I had only really good dreams about being wanted as fuck, so pfiou I escaped fever dreams it seems
BUT I had difficulty to sleep Like I started to really feel like I wouldn’t be able to switch my brain to rest mode even tho I wasn’t thinking about much.

Also bro…Diamond with ME … it’s the deal…I’m having such heavy mornings Like I never before…
I can already tell in the next week it’ll be growing (could’ve already gained a bit), in the next month it’ll be obvious, that’s the trully the elixir of big dong.
Remember that I’ve already gained a lot through exercice for ME in the past years and that I’ve listened to a custom just for that purpose for about 4 months

Similarly to Invictus having super effect with wanted and his past, I think I’m high diamond flow ahahaha

The only note I’ll make is that I’ll stop listening to the subs just as I’m going to sleep, I’ll try an hour before, the rush of energy or mental backenginering is problematic

Today I lived a strange moment where I felt that I wasn’t clear and that basically I couldn’t speak clearly and seemed quite off track with my questions and that I was obviously clumsy. But that was not even 1% of the feeling of the person I was with for the whole day.

I was like other day in my traineeship yet again, at the end of the day the person wich I past the full day with because I had to learn in his specific section felt that I asked quite smarts hard question unlike many previous intern and that I had already a lot of control on what I said plus he felt a bit impressed about how fast and effective I worked while also jumping back and interacting with his answers and it lead him to say again that I was better than quite a few he saw in his office so he asked me what kind of formation I was in and what year blahblahblah. He was glad to help me in my work and that if I ever need anything else to call him that he’d be glad to give me any informations, that I really shouldn’t worry etc…

Why am I having CHOOSEN results bruh… I’m running wanted ahahahaha
I feel like even before ZP or even subs it was a part of me to make great impression in general as I worked a lot to make that effect, but today I really felt dumb af and ankward quite at a few moments, plus at times it was like I asked something and my supervisor of the day just hear what he wanna ear and explain a whole lot of stuff still somewhat related to my question that I didn’t think about but really helps me a lot

Also on a total unrulated notes : even if ZP was useless I’d still listen to it just for the demential dreams

Common’ man I wanna have all girls staring at me

Not just the ones that have already crush

Let me bathes into females stares