Who would like a subliminal solely dedicated to building muscle?

Yes, currently we have Spartan and Emperor Fitness that are dedicated to fitness and includes aspects to improve one’s physique, but those are not 100% focused on it like Boxing Mastery and Muay Thai Mastery.

Imagine being able to gain an unprecedented amount of pure, lean, muscle mass in record breaking time. What use to take 5 years of constant dedication and training can be streamlined into 6 months… or less!! After which you can maintain those gains easily and change your focus to other aspects of life.

Vote below, and give suggestions for the name of this sub in the comments.

This is a good idea can add enhancements so we gain muscle without going to the gym. There is at least one subliminal producer out there who has created a product which causes your body to build muscle without exercising. 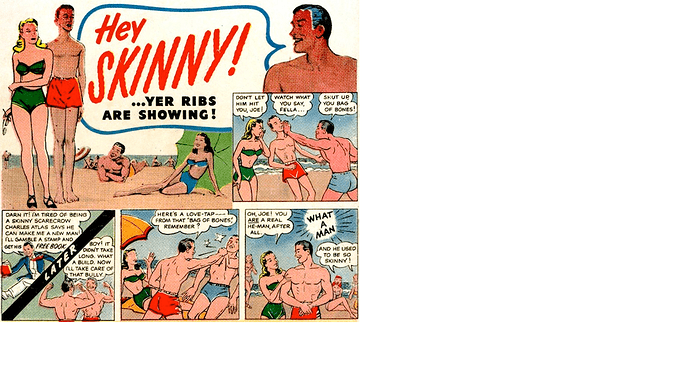 I suggest SC market this product hard. Do you want to be a skinny beta looser who loses the girl ? or big muscle alpha ? see this advert perhaps SC can use something like this.

How different would it be from the Unleasher? (EF3)

The most intense lean muscle producing subliminal technology has been developed and embedded in this stage. Working out while on Unleasher will help you rapidly build muscle in any way you want – strength, size, endurance, aesthetics… The possibilities are endless.

The Unleasher has much more to offer however. One of the most powerful technologies of the Unleasher is the physical shifting tech. What this is… Is shifting and growth of ligaments, tendons, bone, in any way you deem fit, and in the safest way possible. Something truly profound.

Keep in mind that this is actual physical change, on a level not done yet. The process will be slow generally, requiring different things dependent on the user, and different time frames. It could be weeks, months, years. This is not a magic cure.

However… it is now possible.

Furthermore, the Unleasher, if you are interested in bodybuilding or improving your sexual market value, has technology that deals with aesthetics and physical improvement, that also takes into account what would look best on you and what you believe looks best.

Finally, another major part of the Unleasher is the unbelievable reframing of the hormonal system and subsequent release of powerful hormones, all designed to make you truly the best in whatever physical discipline you decide.

This sub would be single stage so one doesnt have to go through EF Stages 1 and 2 to get to it. Cost wise, we wouldnt have to pay for a multi stage when we’re to get a single stage.

Other things that could be added…change any limiting beliefs about gaining muscle mass, especially for the skinny dudes who have been told they’re skinny since their first erection.
And how about the appetite to consume enough calories to support this goal, along with protein assimilation turned up to Terminus level (assuming the experiment works, which looks like it does.)

I think theirs other things that should gain priority over another muscle building subliminal. Stage 3 of emperor fitness is pretty strictly focused on building muscle if you haven’t given it a chance I recommend it. I’m a pretty serious bodybuilder/power lifter I haven’t missed a week out of the gym in probably 6 years now and i have been able to make incredible gains since including it. My nutrition is dialed in to perfection from my macro nutrients to my vitamins and minerals/ herbal supplementation my strength is through the rough and I’m the leanest I’ve ever been.

There is at least one subliminal producer out there who has created a product which causes your body to build muscle without exercising.

The question is, does that actually work?

Clearly the most amazing part of that ad is this part right here: 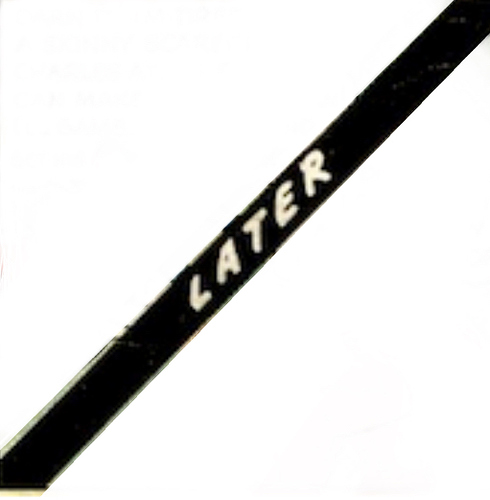 Get amazing, instantaneous results in any area of life you choose! …in less than the space of one comic strip panel!!

Tired of waiting until later?

Yes, magic pill to turn one instantly into a combination of Albert Einstein, Arnie and Warren Buffet and Brad Pitt would be good.

My friend, in all politeness, you are clearly forgetting about the One Ring (to rule them all) Protocol.

Surely you’ll recognize that by the time the situation you are describing has actually transpired, the entire global economic order will have evolved to the point that the concept of ‘out of business’ will have long since been rendered obsolete, particularly for SubClub.

By that point they’ll have moved on to individualized, executive consultations and solutions-development for the minds and intellects driving species-wide development.

Seriously though, are you an ectomorph, ‘hard-gainer’, @Sirchiropractixalot?

I was. And following the right program it only took about 9-12 or so weeks to deal with it. I don’t have my notes with me, but over the course of that program, I went from about 150 to 180. [note: that final weight happened after more than 12 weeks! But it was still faster than I’d originally expected.]. Frankly, I could have done more, but my lower-back weakness meant that I did not integrate a lot of squats into the routine.

Thing is. Once you put on that muscle, it’s also easier to gain fat. So you have to become more conscientious about your fitness. It’s cool though. If you’re young enough, it shouldn’t be a problem. [note: also remember that excessive amounts of mass in the body can render you more vulnerable to various chronic medical conditions, so be careful/thoughtful with it.].

Currently, I’ve lost a bunch of my strength and mass gains. But my weight is still up!

Nowadays my admired body type and strength-training style would be exemplified more by someone like Frank Medrano or Pavel Tsatsouline. Functional strength is much more impressive to me. But that’s subjective.