PLEASE READ: Scammers in the Age of SubClub

A few days ago, a customer alerted us to another “competitor” potentially stealing our titles and reselling them. All of the Q-powered titles are essentially unhackable and are watermarked in a way that attempting to remove them (if it were even possible), would render the subliminal inert. That being said, our old titles are still vulnerable to scammers trying to make a quick buck by preying on those who don’t know anything about subliminals, and we wondered if that were the case with these individuals. Unfortunately, the truth was much worse – these individuals are outright scamming people by selling silence. There’s no subliminal audio in their “subsonic” or masked files. But, more on that in a bit…

At first glance, it’s very obvious that this “competitor” is jocking our style, but whatever – imitation is the sincerest form of flattery and we’re not concerned. With all the innovative products and ideas we’ve got on the horizon, bring it on. But, the level of creative theft in regards to elements of their website goes beyond mere imitation. They’ve stolen a lot of our copy, including the bulk of our instruction manual, changed a few words and pretended that it’s theirs. Case in point, look at the following comparisons.

By the way, I have to take screenshots of their copy because they disabled copy / paste so no one can steal their copy like they stole ours – you can’t make this shit up (as indicated by the .dbtfy-shop_protect-text code on their site added by a Shopify plugin called Debutify Shop Protect):

From our Daredevil copy:

From their cheap imitation: 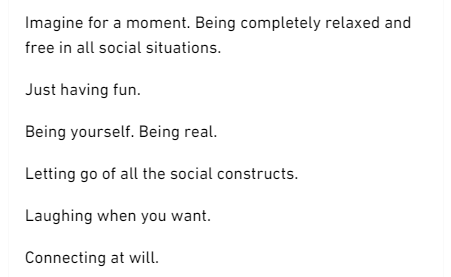 Sex is the ultimate human experience and life is too short for you NOT to enjoy sex to it’s fullest. Sex Mastery X2 was carefully created to allow anyone over the age of 18+ to enjoy better sexual experiences.

From their version (they ain’t even try with this one):

It can also make you insanely popular within any social circle, as it enhances your natural charm and surrounds you with a pleasant, yet powerful and sexy aura, leaving a lasting impression on everyone you meet. Furthermore, you will see yourself slowly implementing behaviors that will change your life as you do them. This could be exercising, learning a new skill and the list goes on.

From their product that suspiciously includes the word “SuperCharged”: 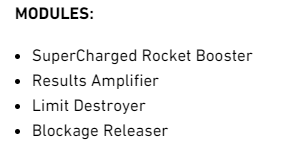 Ya’ll, they even used the same LiveChat software on their site. There’s so many options out there, it’s most definitely not coincidence that they just HAPPENED to use the rather obscure service we chose, but whatever.

Since they were so blatant in stealing elements of our site, I just KNEW they were probably stealing our files too. That’s easy enough to prove and resolve – even our older titles are watermarked. So, I purchased their rip-off of Regeneration: 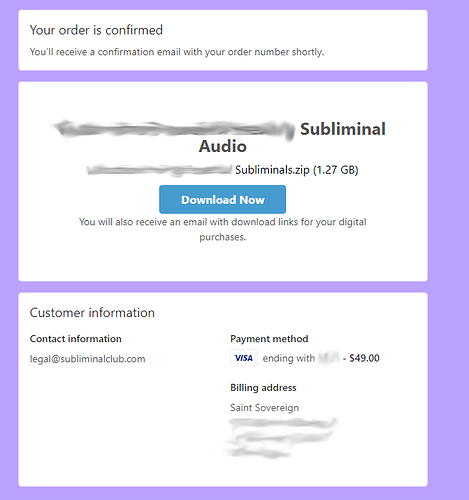 When I went to check the “subsonic” file for our watermarks, I discovered something odd – something I didn’t think anyone had the gall to stoop so low and do. There was NOTHING in the file. I checked the file with Frequensee. Nothing. Finally, I opened it up in Adobe Audition. NOTHING. 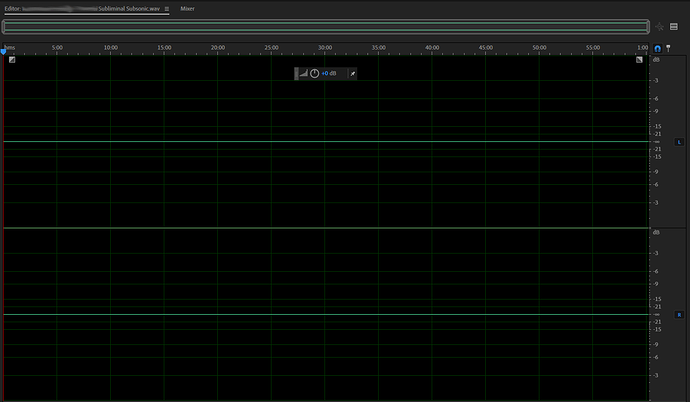 Now, I’m sure they’re going to spin some ridiculous yarn that they’ve invented some kind mindblowing technology and the SubClub guys are just jealous of their ingenuity, but its much more likely that they’re… just selling silence, considering the fact that there isn’t an original idea on their entire site. Not to mention, ultrasonic files are already silent, why would you need to… make it more silent?

I sent the file to @Fire who verified that nothing registers in Frequensee. He also got the same result when opening the file in Adobe Audition. Ultrasonic files actually aren’t silent – we simply can’t hear them because they’re out of the range of human hearing. The audio most certainly registers in any DAW.

As for the “masked” file, it’s just a generic, pulsating ambient noise track that kinda sounds like a binaural beat. There’s no subliminal audio in it at all. No masked vocals or embedded ultrasonic track. I’m not going to give away the details of how we know, but we know this for a fact. The process of creating a masked subliminal warps the file in a very distinct way – and so far, this has been proven true when analyzing the subliminal files from every legitimate producer. So, you can either believe that, again, they created some kind of amazing new technology, or they’re trying to get over on an unsuspecting public. You choose. We already know the answer.

We normally wouldn’t go after someone like this, even with them imitating us. But, scamming people hurts the art and science behind subliminals as a whole. Our industry cannot grow if it’s full of short-sighted charlatans and predators seeking an easy buck.

Interestingly enough, the owner of this site is actually a member here who purchased a number of products. Here’s an interesting message he posted regarding anti-piracy scripting:

Worried about what would happen if you stole our stuff, hm?

Please be aware of where you get your subliminals.

That was really crappy! Very crappy user: Gorilla.
We are happy users and more than thankful to you @SaintSovereign and @Fire!

Wow. That’s all i gotta say. This is terrible. To prey on people like that who just desire to improve their own lives.

Im very surprised its a user on here whose done this. I thoight it was a competitor doing it not someone from right here

Im very surprised its a user on here whose done this. I thoight it was a competitor doing it not someone from right here

A better question is why did he choose to go that way. There are enough subs in here to support you in creating a legit moneymaking business. Why not do that instead of scamming people?

Im curious how did fire and saint find out it was him ? Im guessing he thought it would be easy to steal titles and make a buck off of them.
He was so lazy though he made the descriptions for " his subliminals" look and sound the same as sub club sublimals

That’s enough proof for a civil lawsuit, I think.

Foul Ape, explain your actions, or risk a lifetime of eternal condemnation.

I wonder about that. The thing is, he didn’t steal the subliminals in and of themself, he just stole the idea of the titles and descriptions.
It’s a grey area but I don’t think it is illegal per se

I dont know if there is a “passing off” law, or a “cease and desist” in the US. Since this industry isn’t really “recognised”, proving that may be more difficult than say Sainsbury’s and Singhsbury’s

He stole intellectual property in the form of website descriptive copy and format.

But the more serious transgression is deceiving customers with the ‘Emperor’s New Clothes’ style subliminal tracks. Basically a test of the placebo effect.

I wonder about that. The thing is, he didn’t steal the subliminals in and of themself, he just stole the idea of the titles and descriptions.

Which, in the United States, is copyright infringement. We can and probably will send a DMCA take down notice. We’re just giving them time to do the right thing.

Its unfortunate this has happened but it was inevitable that it was going to happen at some point due to the nature of digital products and how easy it is to copy and pirate them. Hope they come to their senses and stop what they are doing. 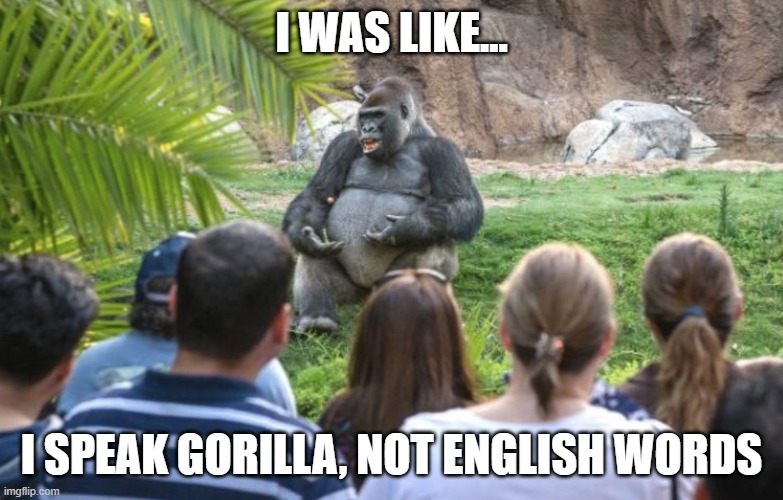 He will probably now come at you and pretend he was running Mogul and the sub “MADE him ACT that way”.

Yeah, we actually received multiple messages about 'em. It wasn’t until a customer sent us an example that we took a deep look. We fully expect that we’ll see more and more individuals trying to enter the industry, but there’s a right way to do it. When we entered the scene, we deliberately set out to innovate and position ourselves differently from other producers. This kind of nonsense only hurts the industry as a whole.

I wonder about that. The thing is, he didn’t steal the subliminals in and of themself, he just stole the idea of the titles and descriptions.
It’s a grey area but I don’t think it is illegal per se

Paraphrasing their descriptions may not be, but selling a file as a subliminal when there is no subliminal content is fraud.

They can and should be sued for misrepresentation

Argh ! Copyrights violations are complicating to solve and so frustrating for the victim ! There was also this member who was contacting me, asking me if we can exchange subs… I wonder if it was the same monkey. I have not heard of him for several months
The Force be with you !