Is there a list of essential food items during this time?

You keep insinuating that I’m being irresponsible. I’m not. I follow all the rules as long as they trust me to do so autonomously. Plus a few of my own.

Everyone, please remember this when you’re thinking about this situation. Anyone who is actually watching the news has seen the videos and images of people (particularly the young people on spring break right now) completely ignoring the danger COVID-19 presents and gathering in massive crowds. Now, exactly what we expected is happening: those people are turning up as positive.

New York City is already in a dire position. The health care workers there are reporting that they’re almost out of beds, ventilators, masks and protective gear. The surgeon general just announced that this week is going to be terrible in metros in regards to infections and deaths.

This is a crisis that affects all of humanity, and everyone has to play their part to help defeat it. YOU may be responsible, but many clearly are not. If the government initiates a lockdown, it is not an attack on YOU. Why?

Running outside to get arrested and waste resources in a futile attempt of protest because your ego demands it is the very definition of irresponsible.

I thought about this circumstance the past days and I came to the conclusion that this is exactly the reason why the numbers (Especially in Europe) are so high compared to Asia.
In Asia it is common to wear a mask if you caught a flu. In the western world, you still got to show up for work, otherwise it is considered as being lazy.
In Asia, the focus is on the wellbeing of the group and the questions are all about it.
In the western world, most of the questions an individiual has about a situation are about him/herself.
I still see people walking around here without masks and gloves, believe it or not, and I saw many who said it is okay, they feel fine. But they don’t think about the person they might infect and who might end up dying. Or even worse, maybe that person has contact to another person that is going to visit a third world country and starts to infect people there. Just imagine what would happen.
I’m not sitting on my high horse and judging here, just a general observation and food for thought.
Btw. there is no such thing as a “risk group” and a “safe group”. There were numerous cases of young people who died, the people should know this by now. It’s just defiant, childish and irresponsible behaviour.

So, the universe does not revolve around me?! Well, that puts things in perspective, jeez…

Fine, I will give you this one and tell my ego to stay inside, away from the forum, lest others misinterpret me and become irresponsible.

As for those spring breakers, I would go dictator on them. Lock them all in a fenced-off area with enough Soylent and fresh water to make it through. If they survive, let them go home, they’ve suffered enough. But fine their parents a year’s worth of salary as punishment for failing to teach their children common decency.

Which is why you don’t want me to run a country. I’d be a benevolent dictator, but a dictator nonetheless. Everybody must contribute to the welfare of the people. Including me. Not the state, the people. Do your part and I’ll help you to the best of my ability. Act like a jackass and the state will go Darwinian on yo backside.

That may sound like I’m contradicting my earlier rebellious statement, but the fact is in that society I wouldn’t have to enforce a curfew since people (including myself) would be more than happy to follow the guide-lines.

@ExploringAstronaut
You can see the cultural difference clearly here. Asian people with their masks on, Western people shaking their heads at them. Middle-Eastern people wearing bandana’s to cover their nose and mouth. Western children all playing on the playgrounds, Asian children staying inside.

Pretty much refer back to my dictator comment above, I guess. Some parents teach their children better. Those grow up different. You wouldn’t see them spitting on the street all the time, or sneezing, coughing and yawning without covering their mouth. Or playing with fireworks. I really can’t stand that last group.

That said, yes, young, fit, healthy people die too and their lungs look like a warzone, but the percentage is still around 0.2%. Of course, if you infect a large mass of young people, 0.2% still adds up.

It’s why when I saw the casualty numbers of northern Italy, I pretty much assumed it hit a retirement community. Which is likely.

Great work. Listened to one loop it while writing my journal.

Yesterday I was frustrated with the whole situation.

Now I saw all the positive things about it. Like finally being able to do home office. No longer having to go to parties and drink too much. No more having to waste my time with friends from the past. This is the perfect time for me to work on my creative projects.

Absolutely. Now we can’t run away from our dirty rooms anymore.

That said, yes, young, fit, healthy people die too and their lungs look like a warzone, but the percentage is still around 0.2%. Of course, if you infect a large mass of young people, 0.2% still adds up.

It’s why when I saw the casualty numbers of northern Italy, I pretty much assumed it hit a retirement community. Which is likely.

The high casualties are the result of the healthcare system becoming overrun. If we could actually treat every patient, the death rate of COVID-19 is very low. Unfortunately, this virus has certain properties that makes it very insidious – primarily, how insanely contagious it is even when a person is asymptomatic and the fact that it has a 14-day incubation period. This causes an effect the meme lords of the Internet call “case, case, cluster, cluster, BOOM!”

Since 20% of the cases turn critical (needing oxygen and/or a ventilator), when the BOOM hits, hospitals get overrun and everyone can’t get treated. This causes deaths to skyrocket. Hence, social distancing. If people stay indoors, it “flattens the curve” and keeps the hospitals from getting overloaded.

And I think this is what people aren’t understanding. It sucks to have to give away our personal liberties for awhile. I hate being stuck indoors and truth be told, I’m not even “at risk.” But I could be asymptomatic and end up infecting a ton of people – one of which who loses their life.

I get the fears about the government demanding a lockdown and using that a pretext to steal power from the people. I understand that. And rest assured, if the world governments ever tried such a thing, you could expect a new AEGIS Initiative title, some combat and survival related Weapon X titles and more. Let’s take on one beast at a time right now.

The day the whole world gets to know about SubClub, it’s gonna be the start of a new world war.

Nah, governments like people they can control. If they can’t control them, they take them out of the picture.

Spoke to somebody from Singapore. 19 confirmed cases in her region, 500 people arrested for going out past curfew. Sigh…

Quite a dense sub. Tried a simultaneous run with Khan ST2 (which has been smooth on its own) and had to stop after ~6 minutes due to how uncomfortable it was!
There’s the answer for those who were curious about playing this sub simultaneously with another one.

Spoke to somebody from Singapore. 19 confirmed cases in her region, 500 people arrested for going out past curfew. Sigh… 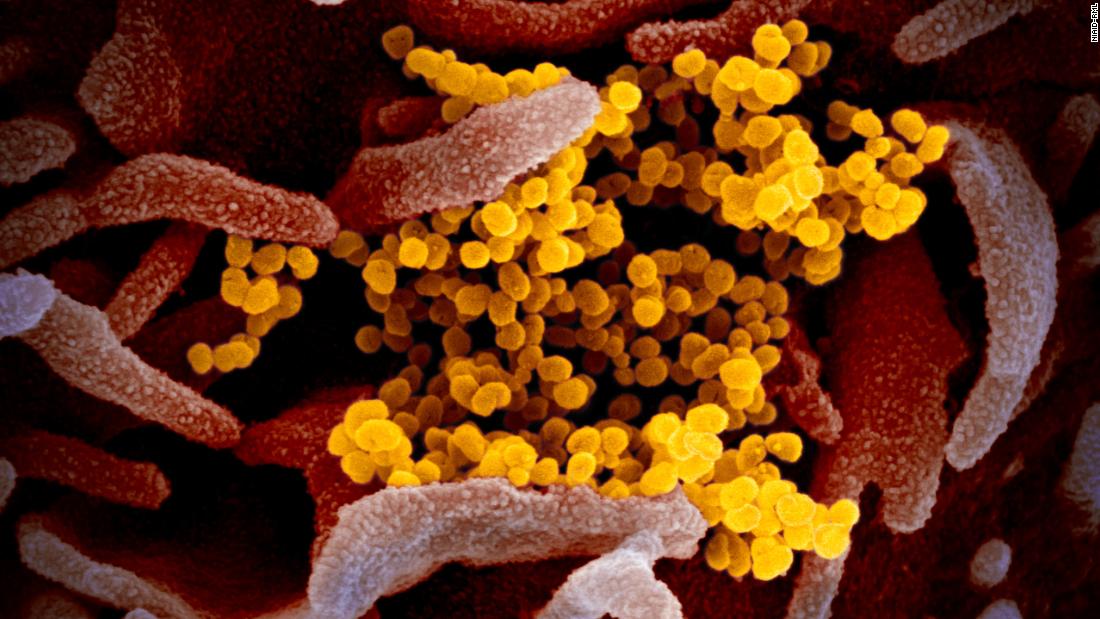 Infected people without symptoms might be driving the spread of coronavirus more...

New studies in several countries and a large coronavirus outbreak in Massachusetts bring into question reassuring assertions by US officials about the way the novel virus spreads.

I get the fears about the government demanding a lockdown and using that a pretext to steal power from the people. I understand that. And rest assured, if the world governments ever tried such a thing, you could expect a new AEGIS Initiative title, some combat and survival related Weapon X titles and more. Let’s take on one beast at a time right now.

I’m glad you said this. I was actually thinking about that the other day because of the shady stuff that’s been going on. If the world went that route I wouldn’t hesitate to fight back.

And rest assured, if the world governments ever tried such a thing, you could expect a new AEGIS Initiative title.

So, given the name, AEGIS Initiative will be a new category of subs dealing with protection?

just passing here to the book. I’ve been listening for 5 days, masked during the day while reading or writing my stories (I’m a fanfiction writer in my free time, which I have a lot now.) or reading something, and occasionally ultrasonic when I sleep. I don’t know if it was the audio, but I woke up early this morning and I didn’t feel tired. a small observation, due to sharing the room with a company not very subtle, That kept me from getting a good night’s sleep for days. But this morning I didn’t even look like I had slept badly.

So, given the name, AEGIS Initiative will be a new category of subs dealing with protection?

So since this is already possible, why NOT have physical change modules come with Q?

How many pages of script is it? Is it too much to run with ev4?
And can you elaborate on its effects on the mind outside of its dedication to the virus?

I can answer the first second question. We are allowed to run it next to EmperorQ and our heads (to the best of my knowledge) are still attached. So Emperor 4 should be just fine. It may even offset some of the less nice side-effects of Emperor since Q makes you happy!

And can you elaborate on its effects on the mind outside of its dedication to the virus?

There are no surprises in this one, given that the general public (many of which are not used to subliminals) is running it. The description tells you exactly what’s in the script. It’s designed to build confident, powerful and healthy leaders who can navigate a time of crisis easily. Experimental functions include attempting to boost the immune system to quickly fight off the disease and the “quantum” scripting to help humanity fight it.