Knowing when to back off

So all of us here generally know how to push ourselves more to achieve what we want. But I’m wondering how you can tell when you need to back off of exposure? Usually a sign for me is when I feel hyped up, but not in a good way. I’m more irritable, tense, I become more sensitive to stimulus, and my ability to deal with stress goes out the window.

I’m talking more day to day listening vs taking a few days off or something. For example the other day was bad for me emotionally, for a good part of the day I kept playing the subs to power through it but what I found was basically stacking emotional stuff on top of emotional stuff and it quickly became overwhelming. I still feel worn out today so I might take it easy or just not listen today.

Basically for me it’s hard to determine what’s me needing to push past fears vs take it easy and work through the problems that are blocking me. I think a lot of the time I think I can handle more than I actually can.

Thats why I dont listen one day a week. Maybe I am going to expand this to 2 days, when I get enough exposure the other days.
Regarding emotional stuff: Its actually a good exercise to just sit down and watch the ceiling. I love doing that. Helps tremendously.

Its actually a good exercise to just sit down and watch the ceiling. I love doing that. Helps tremendously.

Your choice of words here, Astro.

This morning for the first time ever, I did exactly what you just described. I was doing my daily meditation and it occurred to me that my ceiling might be perfect for a practice called Kasina meditation.

Afterwards, I even took a photo and sent it to a meditation teacher, who I respect, to get his opinion on practicing like this. 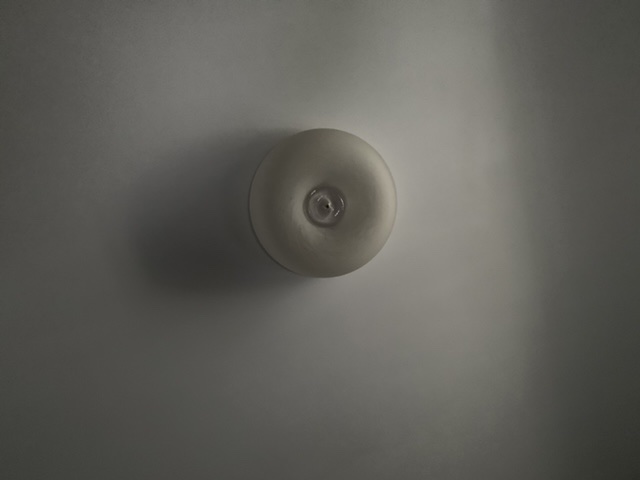 For the first 40 minutes, I laid on my back (that part is different from what you said), looked up at the ceiling, and contemplated the visual field. I’ve never done that before. So, I was shocked and impressed when I read what you’d typed in your response to @elementary_vision.

One more support for the psychic development you seem to be experiencing these days.

Basically for me it’s hard to determine what’s me needing to push past fears vs take it easy and work through the problems that are blocking me. I think a lot of the time I think I can handle more than I actually can.

This is a good question. Hopefully some more experienced people can weigh in. Nothing’s happened to me yet that would cause me to intentionally take a break. At the same time, I find myself wondering if my mind is arranging breaks when I need them. Because they do seem to happen.

so my first sub purchase here was Emperor V3…and I was listening on set-forget while working (I work customer service from home) and my intent was to slowly and gradually get the Emperor mindset whilst working the day job. With the idea being either building my own side business or ramping my hypnosis practice up.

WELL…I found after a lot of testing that Emperor makes me far more likely to just quit working early for the day.
So I got Ascended Mogul…which is usually find during shifts to listen to…as it makes me more productive in general for job-related duties (lol I said duties). But then I feel like I’m wasting my time by not listening to Emperor.

I ended up trying a stack of 2X AscMogul and 1X Emperor on looping shuffle.
Was fine for a bit, then suddenly got really angsty and quit for the day.
After I clocked out, I then thought “hmmm”…and looked at VLC…Yep…right in the middle of Emperor.

So I’ve found after much trial-and-error that I can’t listen to Emperor during shifts if I have any intention of keeping my job. I’m actually on probation for attendance issues stemming from my dislike of the work itself.

So yes it is a balancing act and all I can say is no matter what you’re listening to, when you get weird emotional responses, or get reconciliation or flu-like effects, take note of which sub is playing and the timestamp.
I bring up the timestamp thing because I was listening to Emperor V4 on my day off on loop…and I noticed at certain times I suddenly felt the urge to get up and go put my dishes away…or do any sort of little household chore.

I finally realized it was happeing at the point where there was about 12 minutes left in EV4! Not sure if @SaintSovereign or @Fire can speak to that. Not that I’d expect them to give away any trade secrets of course.

I finally followed a friend’s advice and forced myself to sit through that last 12 mins of EV4 for a few loops to make sure I wasn’t missing out on anything.

I found after a lot of testing that Emperor makes me far more likely to just quit working early for the day.

same. for now I’m just trying to power through it.