Best subliminal for learning to love yourself?

What’s the point of me becoming a alpha male or getting all these women or money if my foundation is not good. I’ve always had deep self worth issues and as no more mr nice guy says throughout his book I feel I’m not okay as I am. I feel defective and not good enough. As a master in self sabotage I see I need to get my foundation fixed first. I need to raise my self esteem and learn self love. What subliminal is best used for this issue ?

I wonder that very thing myself @Grimm1390. If I’m not loving myself, how can I possibly give love to others? I give what I ruminate on, and I’ve been doing some poor ruminating recently. It’s not enjoyable since I always did this before subliminals, and it’s the reason I began using subliminals years back.

Some would advise Regeneration, Kahn ST1, or possibly EOG ST1. Having run all 3 though, I’m still at a loss for self love. I hope others with experience will speak up.

Having been on EOG ST1 for 2 months and counting, I sought to pull away old beliefs and replace them with a more solid foundation of self-love before and during the ST2 part, which focuses all on money thinking and one’s life focus. I’m just feeling stripped, so I’m wondering myself. I don’t like constantly returning to the same hamster wheel experience.

I myself have also ran khan st1 st2 and st3 some experience with st4 and I still felt not good enough, I felt inferior and was afraid of others especially women finding out xyz about me and rejecting me because of xyz. I’ve ran ascension and primal as well and still had my self love issues. Maybe subliminal club doesn’t have a self love subliminal yet ? I think it would be a excellent idea if they can make one that’s based solely on raising your self worth and on learning to accept and love yourself.
I would do anything If subliminal club can make a self love and stop porn addiction subliminal

I do know they’re about to release Q, and I’ll see if anything’s been added. I hope so.

Q is their newest creation where the subliminals are made and distributed much, much faster since it allows one to order a name embedded, customized stack, and it’ll be delivered an hour or so later. They’re working on it at this moment. All subs purchased through it will have latest updates installed.

One subliminal that is in it is New Beginnings, which is their newest emotional healing sub. NB lite is in Emperor 4 and the new EmpQ. I am unsure at this moment what its focus is since little has been shared just yet. Saint used it for working on some core issues of his, and he voluntarily disappeared for about 3 months off the forum. He said it was a very difficult sub since it had very few limiters (or “brakes” inside the sub), but he said it’s been modified since then where it won’t hit a person so hard like it did him.

I’m looking to work on old shame beliefs and the resulting aftermath from low thinking and undervaluing myself. This, again, was exactly why I began using subs.

Here’s the thread on Q:

As mentioned in the business retreat thread, @Fire and myself spent most of our time in Paris discussing and testing the “Project Quintessence (Q)” MVP. Project Q is so ambitious that we weren’t sure we’d be able to pull it off, but with each new prototype, we’re becoming more and more confident about its feasibility, and we’re excited to release a few more details. So – what exactly is Q? Q will represent different things to different people. For you, the customer and end user, Q is an automa…

Self love is different for everyone. Self love is treating yourself the way you love another. Imagine you are a person you love or imagine a person you love is you. How would you be there for them if they said to you what you are saying about yourself? Discern what is truly in your control and what is imaginary limitations and doubts. Most will fall into the latter category and for whatever doesn’t, write down actionable steps - because it’s in your control. The subs will not magically change how you feel about yourself. Despite it being a habitual/autopilot reaction, it is far more a conscious process than most people realize. The subs will help you ingratiate new modalities faster but if you’re not making changes then nothing changes.

Nothing to do with subliminals, but take a look at the work of Louise Hay.

The subs will not magically change how you feel about yourself.

Nobody said that. Doing something completely foreign to one’s thinking and practices is helped by being subliminally reminded of our actual choices. Otherwise, old subconscious programming fights hard to remain in control. Logic, in my personal experience, is only heard once a lot of misguided programming is chosen and replaced by something much more attractive. And doing this without handling the trauma propelling such actions is futile in the long-term. Trying to heal with logic is on par with trying to change inside beliefs with outside behaviors. It works short-term, but it doesn’t last long-term. Changing inside beliefs is imperative, and I choose subliminals for doing the most hardest work in that job. Changing something small with subliminals encourages outside, tangible work on my part.

Nothing to do with subliminals, but take a look at the work of Louise Hay.

Since she has her own publishing company with tons of great books, could you give me a title or two? 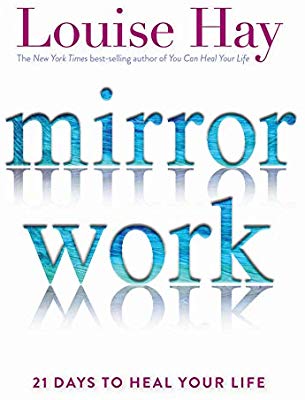 There is a PUA named Cory Skyy who places speaking affirmations while looking into a mirror as a very important part of his program. I listened to some of his materials 10 or 11 years ago but did not start a practice of doing that. I can see how it could be a good practice, though.

I actually have one of her books called you can heal your life. I’ll give it a re read since you mentioned her name

I feel self hate after I fap

Louis hay and other spiritual or new age speakers have recommend doing something similar like standing in front of the mirror and telling yourself I love you etc I’ll give it a try.i feel so defective I’m open to anything. I’ll look into mirror work as well. Never knew she wrote a book on it

Excellent book. I didn’t mention it just in order to give something more straight to the point. But this book would be the second one.

Good to know. Thank you!

Here’s the audiobook of you can heal your life. This is her most well known book. I have this in paperback.
She mentions mirror work a little bit in this book as well but mirror work the book she probably goes deeper into it